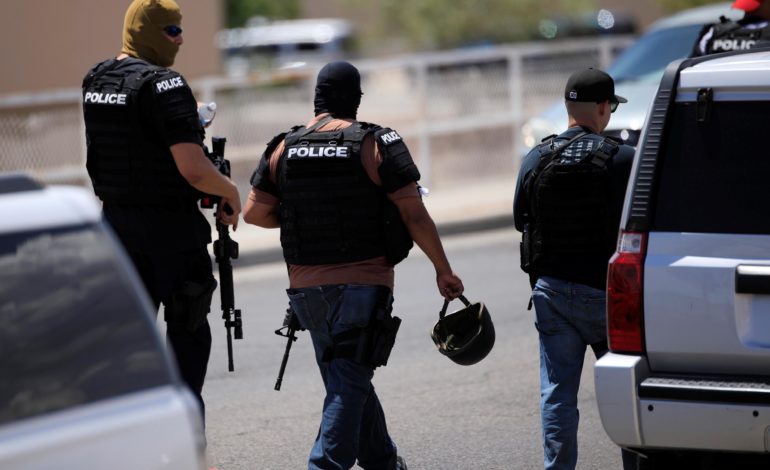 EL PASO, Texas  – A man armed with a rifle opened fire at a Walmart store in El Paso, Texas, on Saturday, killing 20 people and wounding 26 as shoppers and employees ran for cover before the gunman surrendered to police at the scene.

The suspect was officially identified as a 21-year-old white male from Allen, Texas, a Dallas suburb that is 650 miles east of El Paso, which lies along the Rio Grande, across the U.S.-Mexico border from Ciudad Juarez.

El Paso police chief Greg Allen said authorities were examining a manifesto from the suspect indicating “there is a potential nexus to a hate crime.”

Officials declined to elaborate and said the investigation was in process.