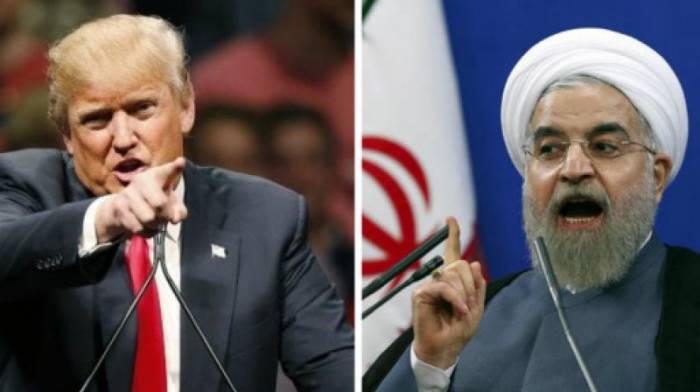 TEHRAN — Iranian president Hassan Rouhani denounced “economic terrorism” and stated that the U.S. “maximum pressure” campaign through sanctions will not change anything in the Iranian regime.

Rouhani reiterated that if President Trump wants to start negotiations with Tehran, he must lift all sanctions against his country “before everything else.”

Rouhani made the comments during a meeting with Foreign Minister Mohammad Javad Zarif, in which he stated that the U.S. sanctions on his country are an act of “economic terrorism.”

Rouhani also said the Trump administration is “mistaken” to think that its “maximum pressure” campaign could bring about regime change in the country.

The sanctions have successfully scared away most of Iran’s oil buyers and stressed the country’s economy.  According to the International Monetary Fund, Iranian unemployment is expected to soar above 16 percent in 2020.
Iran’s oil exports plummeted to 530,000 barrels per day in June, according to the International Energy Agency. That’s down from 2.6 million barrels per day in May 2018.
This means that the sanctions have subtracted about 2 million barrels of daily oil supply from the Iranian equation, emphasizing the impact of the U.S.’s output.
Bank of America had been anticipating Iran’s oil exports would shrink to near-zero in 2020.
“If China ignores U.S. sanctions, Iran oil could flood the market,” the firm wrote.

Tensions have escalated since Trump withdrew the United States from the 2015 nuclear deal between Iran and world powers last year and imposed new, harsher sanctions on Iran’s oil and banking sectors.

Iran seized a foreign oil tanker in the Persian Gulf, state television reported on Sunday. This was the third time Tehran has reported detaining a tanker in the last month since the U.S. added sanctions.

Iran’s Islamic Revolutionary Guards Corps detained the tanker on Wednesday, along with the seven members of the ship’s foreign crew, according to official Iranian news agencies, which cited a naval commander. Iran said the tanker was “smuggling” fuel to some Arab states.

The Trump administration has tried to force Iran into submission by suffocating its oil sales, the cornerstone of the country’s economy.

Iran has responded by lashing out at the West through the recent tanker seizures, raising fears that any miscalculation and eye-for-an-eye responses would escalate into war.