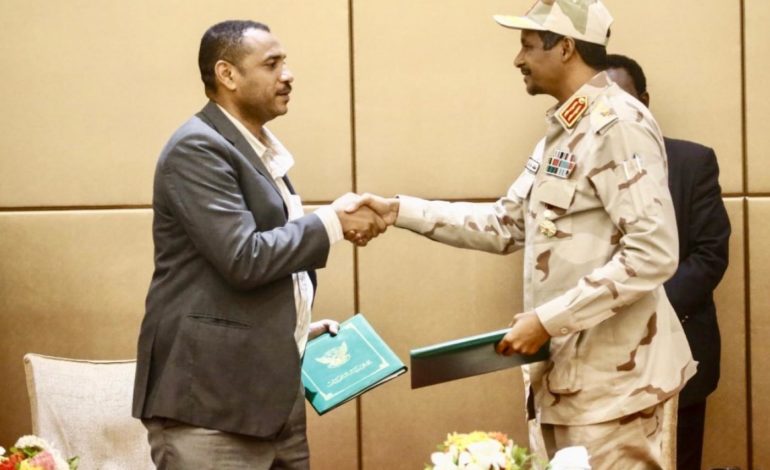 KHARTOUM — The military has agreed to cede power on August 18 to a joint civilian-military council that will lead a 39-month transitional period to civilian rule, declaring Sudan as a “democratic, multi-party country ruled by a parliamentary system.”

Sudan’s military rulers will be handing over power to a transitional government after resolving more than four months of disputes with the civilian opposition since the ousting of former president Omar al-Bashir, amid widespread street protests on April 11.

African Union mediator Mohamed Hassan Lebatt said at a ceremony at Khartoum that the final agreement will be formally signed on August 17 with leaders from neighboring countries and other dignitaries in attendance.

According to the document, “Sudan will be a democratic, multi-party country ruled by a parliamentary system.”

A member of the civilian legal committee, Ibtisam Sanhori, said on Saturday that the two sides had agreed on representation in parliament, in which the civilian opposition Forces of Freedom and Change will control 67 percent of the 300 seats.

The military will appoint the ministers of defense and interior.