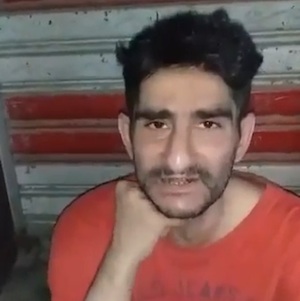 BAGHDAD — Jimmy Aldaoud, a 41-year-old Detroit man deported to Iraq in June, died on Tuesday, according to the American Civil Liberties Union and two people close to the man’s family.

Aldaoud spent most of his life in the U.S., but passed away in Baghdad, likely because he was unable to obtain the insulin needed to treat his diabetes. The news was revealed by Aldaoud’s lawyer, Edward Bajoka, an immigration attorney who described himself as close to the man’s family.

Born in Greece, Aldaoud was an Iraqi national who came to the U.S. as a young child, his family said, according to a report from Politico.

A search of his court records by Politico and the ACLU found that Aldaoud had a criminal conviction for disorderly conduct and also served 17 months for a home invasion.

He suffered from schizophrenia and other mental health issues, according to Bajoka.

“His mental health was the primary reason for his legal issues that led to his deportation,” he said.

In a video posted to Facebook this week, Aldaoud appears to be sitting on a stoop in the streets of Baghdad. He lamented the decision to send him back to a country he was wholly unfamiliar with and said he had been homeless, vomiting because of a lack of access to insulin and unable to speak the local language. He had also been kicked while sleeping in the street.

“Immigration agents pulled me over and said I’m going to Iraq,” he said. “I said, ‘I’ve never been there. I’ve been in this country my whole life, since pretty much birth.’ They refused to listen to me.”

He spoke with ICE agents prior to his deportation, but was unable to stay in the United States.

“I begged them,” he said of his conversations with ICE agents. “I said, ‘Please, I’ve never seen that country. I’ve never been there.’ However, they forced me.”

Bajoka said that the administration and ICE are at fault. Aldaoud was Chaldean Catholic, a group that is at high risk of being tortured or killed by ISIS if deported, according to the ACLU.

“Rest in peace, Jimmy,” Bajoka wrote. “Your blood is on the hands of ICE and this administration.”

One Michigan representative also spoke out against the deportation during a time when ICE has been more active.

“Jimmy Aldaoud…should have never been sent to Iraq,” Rep. Andy Levin (D-Bloomfield Township) said in a written statement. “My Republican colleagues and I have repeatedly called on the executive branch to cease deportation of such vulnerable people. Now, someone has died.”