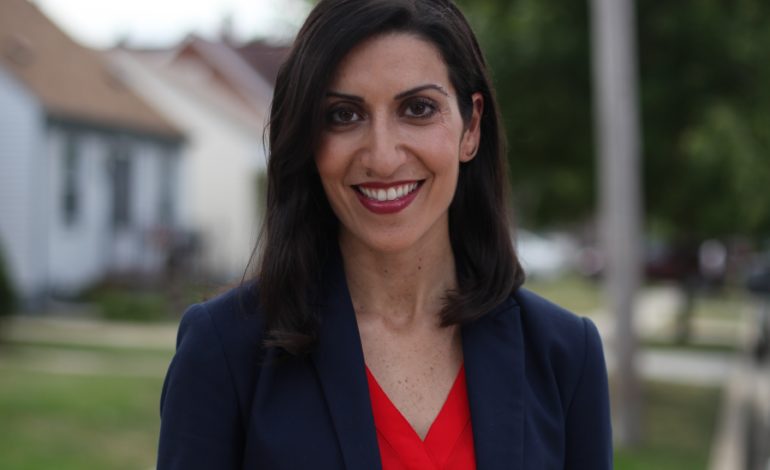 LANSING ⁠— On Thursday Governor Whitmer officially announced the appointment of Fayrouz Saad as the first executive director of Global Michigan. Saad will help lead the administration on matters of immigration.

“Michigan’s greatest strength has always been the people who call this state home,” Whitmer said. “If someone is willing to work hard and use their talents to make our community and state a better place to live, we should welcome and support them. This is how Michigan will become a home for opportunity for everyone, and Fayrouz has the experience and vision to get it done.”

The office is charged with advising the governor on matters relating to new Americans, immigration policy, enforcement of federal immigration laws in Michigan and other matters as requested by Whitmer.

“The story of America is one that is made up of centuries of immigrants who came to this country to make a better life for themselves and their families,” Saad said. “Our state is stronger when we support one another with the resources to be successful. I look forward to leading the state’s efforts on immigration and building a home of opportunity for everyone.”

Saad received her bachelor’s degree from the University of Michigan and a master’s in public administration from the Harvard Kennedy School of Government. She began her career in public service in the State House of Representatives, working for former state Rep. Gino Polidori (D-Dearborn).

In 2009, she joined President Obama’s administration at the Department of Homeland Security, where she worked on national security programs and policies on immigration, community policing and emergency response. She continued her work with DHS, strengthening the Department’s cybersecurity programs by leading initiatives to build workforce development and curriculum training programs for the government to increase the number of cyber professionals.

The appointment is not subject to the advice and consent of the State Senate.