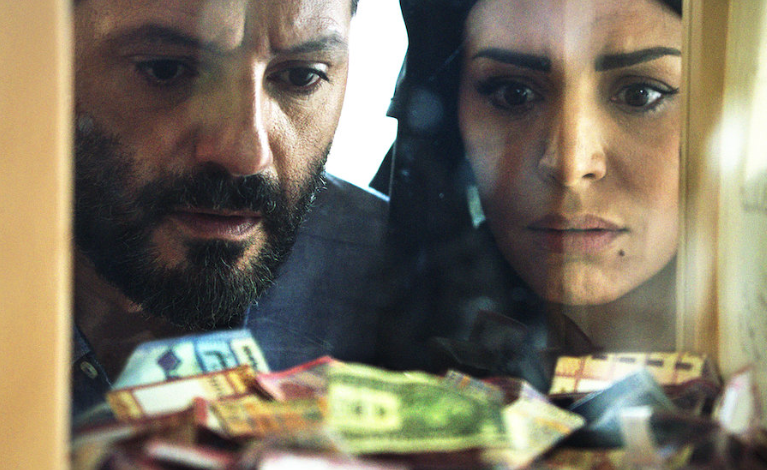 The series tells the story of an advertising world star named Tarek (played by Karam) who is tasked with promoting a new bank and comes up with the idea of stamping a serial number on a dollar that will be put into circulation. Whoever comes up with the dollar will be awarded $1 million.

His co-star, Bouchoucha, plays the role of the bank’s young CFO, Zeina. The pair eventually team up to chase the elusive dollar in what is being described as “classic caper” drama series.

The series will be subtitled in 20 different languages while adding to the growing roster of Middle Eastern inspired shows on the service.

One entertainment critic, Joel Keller for the website Decider.com, said that the series is a welcome showcase for the city of Beirut, which will help to dissolve stereotypes many Americans have about a bombed-out city in a strange foreign land.

He added that the leading roles have great chemistry and said the show is worth watching, but also that its slow pacing might turn off less-than-patient viewers.

“I’m truly excited to be working with Netflix on our new series ‘Dollar’ and am confident that the show will appeal to Netflix’s audiences worldwide,” said Syrian director Samer Berkawi. “This project is an exciting one, bringing together themes of suspense and drama that showcase Amal Bouchoucha’s onscreen talents, as well as Adel Karam’s versatility beyond the comedy that he is known and loved for.”

Five movies given “outdated cultural depiction” warning on new Disney+ service; “Aladdin” not one of them

Dearborn based poet finds beauty in ruin in her poem “Thawra: a whatsapp message gone viral”