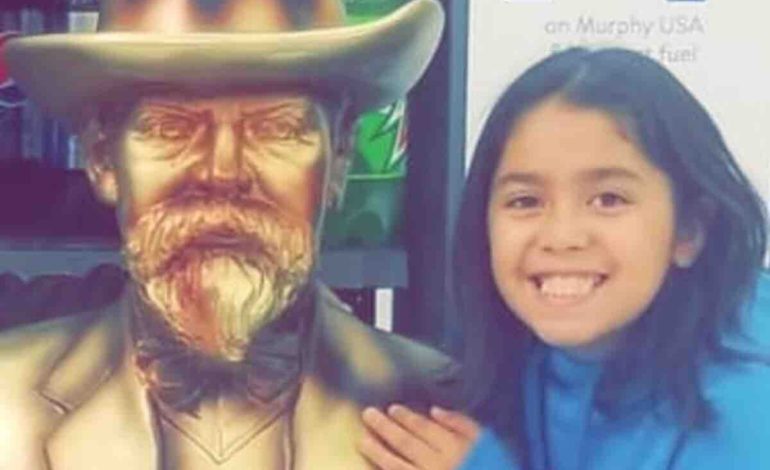 DETROIT – Emma Hernandez, a 9-year-old girl, was attacked and killed by three dogs in an alley on Detroit’s west side while on her bike on Monday.

The neighborhood is south of West Warren and east of Lonyo.

According to the Detroit News, neighbors came out to help after they heard the girl screaming.

They hurled bricks at the dog and another stepped in to provide CPR after the dogs ran off.

One neighbor reportedly shot one of the dogs. The two others will most likely be euthanized by Detroit Animal Care and Control.

Emma was taken to Children’s Hospital of Michigan where she was pronounced dead.

Armando Hernandez, who also tried CPR on his daughter at the scene, told a Detroit radio station that he was “speechless” and “empty” after the attack, and sees his daughter “every time I close my eyes.”

“Emma dedicated her life to school work, playing and enjoying life with her family. Quick to get a head start on school work. She was such a smart and silly girl. Loved to be outdoors and play with her cousins. A beautiful soul inside and out,” the family said in statement.

The owner of the dogs, a 33-year-old man, was arrested later on Monday and two dogs were seized after officers obtained a court order.

Emma’s funeral was paid for after local millionaire philanthropist Bill Pulte urged his followers on Twitter to donate to the family’s GoFundMe campaign and help with funeral costs. He tweeted again shortly afterwards and claimed that he would pay for the funeral himself if his followers weren’t able to cover the costs.

Thousands of people donated to the campaign, which has now more than doubled its $25,000 goal as of Wednesday after 1,800 people raised the funds in just one day.

Donations can be made to www.gofundme.com/f/paying-tribute-for-emma-valentina-hernandez