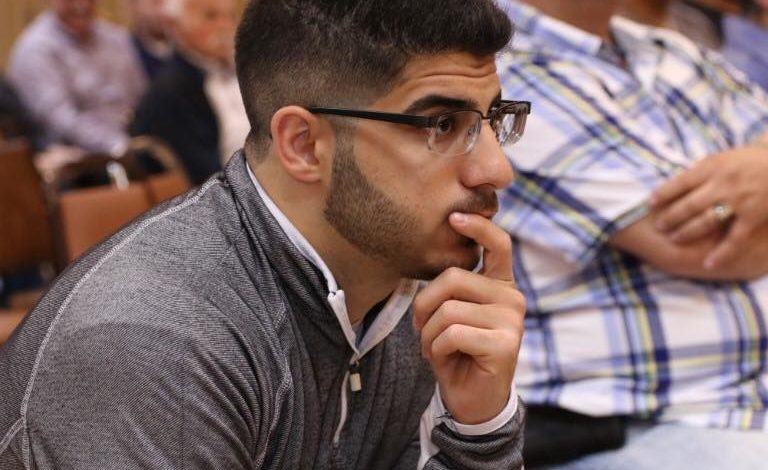 “Land of the free and home of the brave” — This sentence would have a stronger ring to it when people learn about their rights as Americans, regardless of their race.

People in the Arab American community — like many other minority groups — have been dealing their version of discrimination based on race. With a series of harassments from authorities, including racial profiling at the airports by the CBP [U.S. Customs and Border Protection], being put on the infamous “terrorist watch list” and home visits from the FBI, it’s time that Arab Americans learned to become more informed about their rights and assertive in their demands for answers.

To provide a recent example, Tarek Bazzi, a Dearborn Heights activist for Muslims and a local member of the community who works with local Muslim organizations like the Hadi Institute, was stopped and at Chicago O’Hare International Airport as he was preparing to board a flight to Lebanon.

“Pretty much the last person in line, I had a glimpse of the process and saw everyone entering easily,” Bazzi said. “but when I stepped up and presented my passport, surprise, surprise! I was asked by the CBP officer to step aside where he began to ask me a barrage of questions.”

“Where are you going? Where will you be staying?” the officer asked him. Trying to remain vague with his answers, Bazzi told the officer that he was going to Lebanon and will be staying all over the country.

“Are you going anywhere other than Lebanon?” the officer proceeded to ask. “Any family in Lebanon?” Bazzi told the officer that he only had distant relatives there.

“The officer, however, insisted on this question, suggesting parents or siblings, to which I also insisted only distant relatives,” he said.

“I was mentally prepared to be stopped in all honesty, and so at this point I realized that I already answered more than they deserved,” Bazzi said. “As a matter of principle, there is no reason to answer such questions as they do not concern CBP whatsoever.

“At this point I realized that I could take advantage and turn the tables,” he added.

Bazzi began to inquire as to the reason why he was the only one who was pulled aside for such detailed questioning and then demanded the CBP officer’s name.

Fed up by the questioning, Bazzi asked again why he was being discriminated against in such a way.

“Stimson’s superior, a woman, rudely asked if I had seen the entire boarding process,” he said. “I answered her in a similar tone, saying that I did not claim to see the whole process and wanted to know simply why I was being asked such questions in exclusion to others. “I could tell that once I began to assert myself, the CBP officer himself became clearly uncomfortable and it was obvious that he was asking unjustified questions,” he added.

His last question to Bazzi was, “Who do you work for?” Bazzi ignored the question and asked if he was free to board the plane.

Officer Stimson then looked at his superior and asked if she was interested in searching Bazzi’s carry on luggage, although he had already passed through the baggage check in.

When she said that she had no interest, Bazzi again asked if he was free to board the plane.

“I chose to share this experience because we are living in a time period where Muslims and Arab Americans are being targeted on every front and the airports are some of the most common places of this discrimination, Bazzi said.

“Many Muslims are being taken in for interrogation and are being asked questions by CBP and FBI that they have no obligation whatsoever to answer,” he added. “…They are under the impression that if they are humble, submissive and cooperative, they will be let go easily.

Americans urged to wear masks outside as coronavirus pandemic worsens