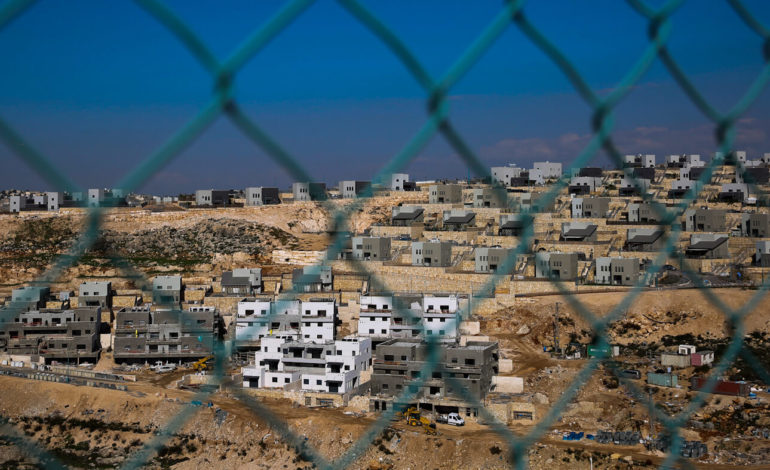 With Jewish settlers dictating the political agenda in Israel, and constantly provoking Palestinians in the occupied territories, violence is likely to grow exponentially in the coming months.

Israeli Jewish settlers are on a rampage in the occupied Palestinian West Bank. While settler violence is part of everyday routine in Palestine, the violence of recent weeks is directly linked to the general elections in Israel, scheduled to be held on September 17.

The previous elections, on April 9, failed to bring about political stability. Although Israeli leader Benjamin Netanyahu is now the longest-serving prime minister in the 71-year history of the country, he was still unable to form a government coalition.

Tarnished by a series of corruption cases involving himself, his family and aides, Netanyahu’s leadership is in an unenviable position. Police investigators are closing in on him, while opportunistic political allies, the likes of Avigdor Lieberman, are twisting his arm with the hope of exacting future political concessions.

The political crisis in Israel is not the outcome of a resurrected Labor or invigorated central parties, but the failure of the Right (including far-right and ultra-nationalist parties) to articulate a unified political agenda.

Illegal Jewish settlers understand well that the future identity of any right-wing government coalition will have lasting impact on their colonial enterprise. The settlers, however, are not exactly worried, since all major political parties, including that of the Blue and White, the centrist party of Benjamin Gantz, have made the support for Jewish colonies an important aspect in their campaigns.

The decisive vote of the Jewish settlers of the West Bank and their backers inside Israel became very clear in the last elections. Subsequently, their power forced Gantz to adopt an entirely different political stance since April.

The man who, on April 7 (two days before the last elections), criticized Netanyahu’s “irresponsible” announcement regarding his intention to annex the West Bank, is now a great supporter of the settlements. According to the Israeli news website Arutz Sheva Gantz vowed to continue expanding the settlements “from a strategic point of view and not as a political strategy.”

Considering the shift in Gantz’ perspective regarding the settlements, Netanyahu is left with no other option but to up the ante, as he is now pushing for complete and irreversible annexation of the West Bank.

Annexing the West Bank, from Netanyahu’s viewpoint, is a sound political strategy. The Israeli prime minister is, of course, oblivious to international law which sees Israel’s military and settler presence as illegal. But neither Netanyahu, nor any other Israeli leader, for that matter, have ever cared about international law whatsoever. All that truly counts for Israel is Washington’s support, which is often blind and unconditional.

According to the Times of Israel newspaper, Netanyahu is now officially lobbying for a public statement by President Trump to back Israel’s annexation of the West Bank.

Although the White House refused to comment on the story, and an official in Netanyahu’s office claimed that it was “incorrect”, the Israeli right is on the fast track of making that annexation possible.

Encouraged by U.S. Ambassador David Friedman’s comment that “Israel has the right to retain some of the West Bank”, more Israeli officials are speaking boldly and openly regarding their intentions of making that annexation possible.

Netanyahu had, himself, hinted at that possibility in August during a visit to the illegal settlement of Beit El.

“We come to build,” Netanyahu said during a ceremony celebrating the expansion of the illegal settlements to include 650 more housing units. “Our hands will reach out and we will deepen our roots in our homeland – in all parts of it.”

Unlike Netanyahu, former Israeli Justice Minister Ayelet Shaked, the leader of the newly-formed United Right, didn’t speak in code. In an interview with The Jerusalem Post, she called for the full annexation of Area C, which constitutes nearly 60 percent of the West Bank.

“We have to apply sovereignty to Judea and Samaria,” she said, referring to the Palestinian land using biblical designations.

Public Security, Strategic Affairs and Information Minister Gilad Erdan, however, wants to go the extra mile. According to Arutz Sheva and The Jerusalem Post, Erdan has called for the annexation of all illegal settlements in the West Bank and the ouster of Palestinian Authority (PA) President Mahmoud Abbas as well.

Now situated at the center of Israeli politics, Jewish settlers are enjoying the spectacle as they are being courted by all major political parties. Their increased violence in the West Bank is a form of political muscle-flexing, an expression of dominance and a brutish display of political priorities.

“There’s only one flag from the Jordan to the sea – the flag of Israel” was the slogan of a rally involving over 1,200 Jewish settlers who roamed the streets of the Palestinian city of Hebron (Al-Khalil) on August 14. The settlers, together with Israeli soldiers, stormed al-Shuhada street and harassed Palestinians and international activists in the beleaguered Palestinian city.

Just a few days earlier, an estimated 1,700 Jewish settlers, backed by Israeli police, stormed the Al-Aqsa Mosque compound in occupied East Jerusalem. According to the Palestinian Red Crescent, over 60 Palestinians were wounded when Israeli forces and settlers attacked worshippers.

The violent scene was repeated in Nablus, where armed women settlers stormed the town of al-Masoudiya and conducted “military training” under the protection of the Israeli occupation army.

The settlers’ message is clear: We now rule the roost, not only in the West Bank, but in Israeli politics as well.

All of this is happening as if it is entirely an Israeli political affair. The PA, which has now been dropped out of American political calculations altogether, is left to issue occasional, irrelevant press releases about its intention to hold Israel accountable according to international law.

But the guardians of international law are also suspiciously absent. Neither the United Nations, nor advocates of democracy and international law in the European Union, seem interested in confronting Israeli intransigence and blatant violations of human rights.

With Jewish settlers dictating the political agenda in Israel, and constantly provoking Palestinians in the occupied territories, violence is likely to grow exponentially in the coming months. As is often the case, this violence will be used strategically by the Israeli government, this time to set the stage for a final and complete annexation of Palestinian land, a disastrous outcome by any count.

— Ramzy Baroud is a journalist, author and editor of The Palestine Chronicle.