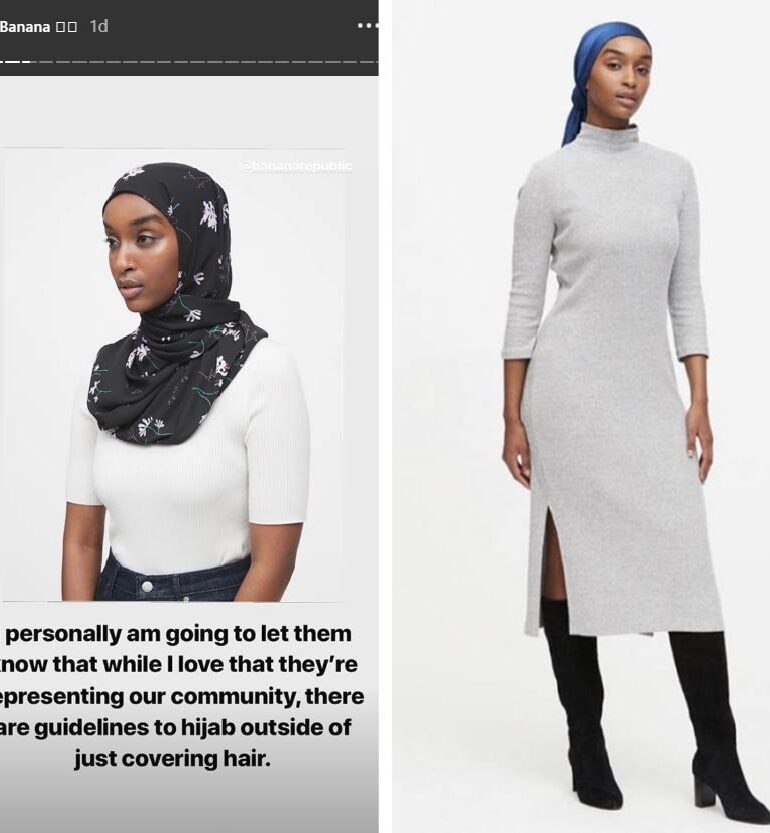 NEW YORK – One of the most well known brands of clothing in the United States, Banana Republic, has been scrutinized by a popular Muslim fashion blogger following the release of its new line of hijabs.

Melanie Elturk, the British-Moroccan model and influencer who founded lifestyle blog Haute Hijab, had the following to say after the announcement: “While I love that hijab is becoming more mainstream and applaud Banana Republic for their efforts in inclusivity…I have to pause at the way it’s portrayed.”

Elturk raised the issue of the way the company’s models were shown as part of the launch of its new line this past spring. Four colors and two fabrics originally debuted back in April, with photos showing one model in a short-sleeved top.

“If people were on the fence about the short sleeves or exposed neck photos, no one could get behind the dress slit photos,” Elturk said. “Backlash quickly set in on their post (I advised everyone to educate them while applauding their efforts and left my own message to this effect) and within an hour or so, it was taken down.”

Following Elturk’s post, the photos in question were cropped to show the model’s head and shoulders only.

“I personally am going to let them know that while I love that they’re representing our community, there are guidelines to hijab outside of just covering hair,” Elturk wrote on Instagram.

Some commenters accused the brand of appropriating a religious symbol for profit. Most comments on the post were thoughtful and measured, with readers debating the overall impact of the new line.

“It’s step one…knowledge begins one step at at time,” said one commenter on the page.

Elturk replied: “Agreed! That’s why we should applaud the effort, but also educate at the same time.”

Banana Republic currently sells the four hijab styles on its website as an online exclusive only, at sale prices.

A spokesperson at the Banana Republic store in Troy, the closest current location to Dearborn, said that they did not carry the items to the best of their knowledge and that they are only available online.