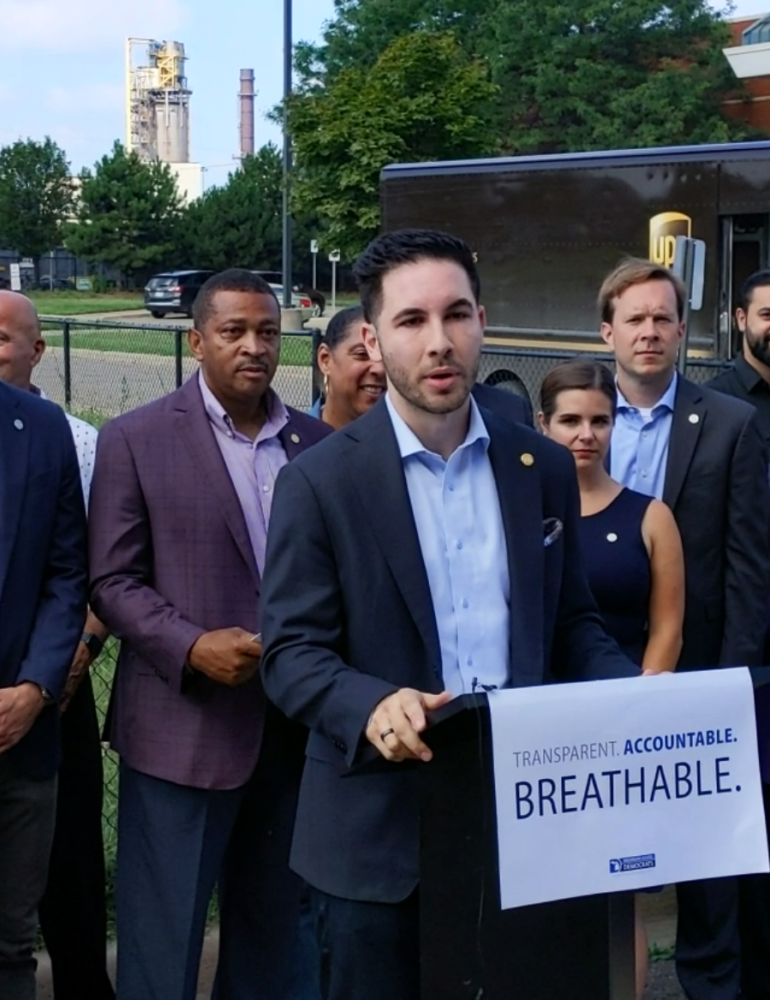 DEARBORN — A group of local Democratic leaders representing the communities of Dearborn, Detroit and other nearby cities gathered for a press conference outside of Salina School on Wednesday, in the shadow of steel plants that have been making life miserable for countless residents.

The area was chosen for the press conference because of its ongoing pollution problems, which have led to an asthma rate for local children two to four times the normal rate.

“This playground that is no more than 800 feet away from a steel factory to its back,” Hammoud said. “I think this serves as the picture of environmental justice that is far too normal in communities such as Dearborn and nearby communities.

He also said the bills are expected to be introduced some time in the next week.

Local resident Samraa Luqman also spoke at the press conference. She said that four of her family members have had some sort of cancer-related illnesses, and two have been diagnosed with fibromyalgia.

Many local residents are forced to get expensive medical treatments for asthma and similar diseases because of the pollution.

“We don’t get to do things that normal people do in other cities and places,” she said. “We can’t play in the parks, can’t walk to our neighbors, can’t sit on the porches.”

“We need fundamental changes to the current permitting process and emissions standards to increase accountability for polluters and empower our local leaders,” said State Rep. Tyrone Carter of Michigan’s Sixth District, which includes Ecorse, River Rouge and parts of Detroit.

Hammoud said the problem is even worse in Detroit, although Dearborn’s south end, where the press conference was held is also among the worst affected.

“For far too long the corporations and the polluters causing these problems have had a free pass,” he said. “We’re here today to take that pass away and instead to hold them accountable for their actions. And not just for the harm that they’ve caused, but for the prevention of further damages.”