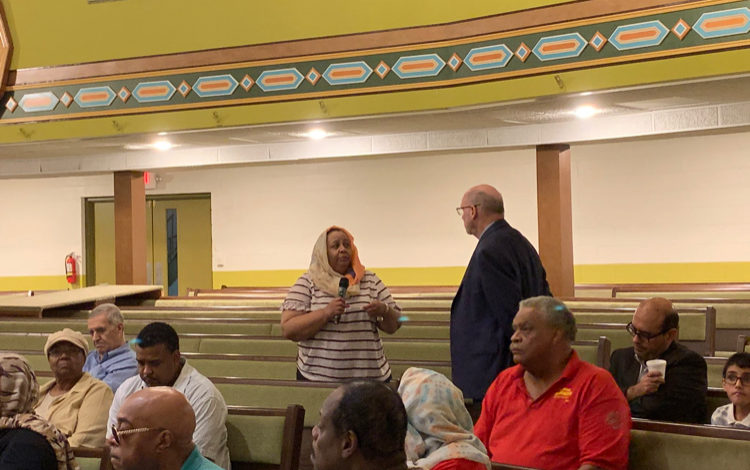 DEARBORN HEIGHTS — Collaboration and discussion on drug abuse was the message Tuesday at a town hall in the Islamic House of Wisdom.

McCalister initiated the Mental Health Task Force in spring 2018. Its primary purpose is to help individuals and families in the Metro Detroit area gain better access to mental health services among key stakeholders.

As the school year begins, attendees expressed concern about drug use among the younger crowds and what parents could do to further understand the effects of drug overdose.

“The issue with addiction does not discriminate,” said Greg Clifton, chief judge of the 25th District Court in Wayne County. “It is not something only poor people experience, it touches everyone’s living.”

He described it as an epidemic subconsciously hitting the community.

“It one thing that is hard for people to accept,” he added. “Families with a loved one suffering from cancer would have the community open up its arms and embrace them. With addiction, it seems like the response is to push people away.”

According to the National Institute on Drug Abuse, 17.7 million Americans struggle from drug addiction and overdose. Clifton emphasized the importance of embracing people who have the disease of addiction rather than push them away.

Thomas McKeown, an emergency medicine physician with the Henry Ford Health System, said there is no typical addict. However, early signs parents could recognize would include change in behavior, who their kids are hanging out with and what they used to like and are not doing anymore.

He added that people with overdoses have almost replaced heart attacks in the emergency department.

He emphasized that people get started with opioids by using some form of prescription drug, either borrowed or prescribed.

“We don’t know who is going to be the person who went from ‘I took a couple and got better and stopped’ versus the one who will have an addiction,” he said.

“Washing a body after someone has passed away becomes normal after a while, but then when you wash somebody that is 15, 16 or 17, you see a person where it’s just the beginning of their life,” Dearborn Heights Councilman Dave Abdallah said.