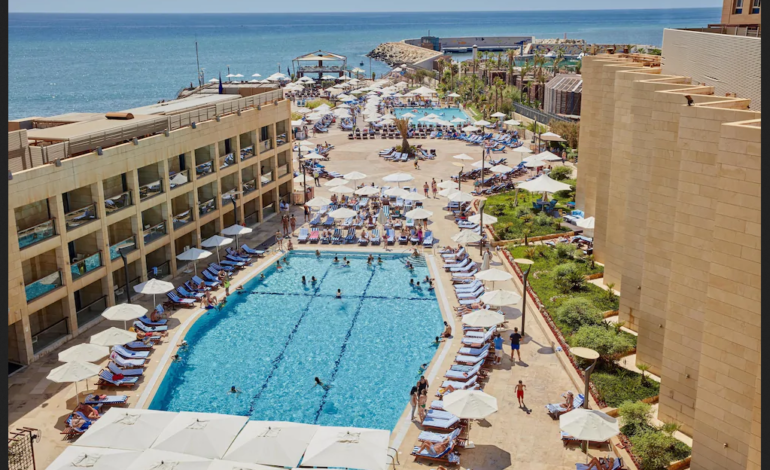 BEIRUT — After The Arab American News published an article about “Islamophobia in the motherland”, Coral Beach Hotel & Resort Marketing Manager Rana Younes reached out to us for a follow up apology and clarification.

The article focused on Marwan Faraj, a Dearborn man who visited Lebanon this summer with his family. He said he’d had a heated argument on the hotel premises about staff behaving disrespectfully towards his daughter because she wears a headscarf.

“I’m not the first one to experience something like that at a resort in Beirut,” Faraj said.

“Usually when visiting Lebanon, I call the places before hand as they usually have problems with girls with hijabs [headscarves] going into the pool,” he added.

“Although I called Coral Beach Hotel before and they said they have no problems, the lady at the reception who was checking me and my family in points at my daughter and says ‘is this one with you?'”

Faraj said he was very offended and he left the hotel after a heated exchange with the receptionist. Marwan Faraj; his wife, Chirrine; daughters, Batoul, Ayat and Lamees and son Mohamad pose before the iconic rock of Raouche’ in Beirut, Lebanon

He subsequently responded to a message from hotel officials on Facebook.

“We apologize once more through your esteemed newspaper to Mr. Faraj, his daughter, his family and all persons who felt offended by what took place and the lack of proper wording and manners displayed by a staff member when addressing Mr. Faraj and his family,”  Younes told The Arab American News.

“This matter is being dealt with and consequent actions were taken to ensure that such behavior, that do not reflect us nor the establishment ethics, is displayed again,” she added.

Previously, the hotel’s general manager tried reaching out to Faraj, but he did not respond. He said it was too late to “patch things.”

“Needless to say that hijab is welcomed at the hotel, resort and all premises of our establishment,” Younes said. “And it is needless to say that many of our employees wear hijab[s] and this was never in question. The only thing that is not allowed at our premises is what is known today as Burkini.”

“If Nike and other non-Muslim major brands have started Bukini and other hijab friendly swimwear lines that are accepted in European and other Western countries, I don’t understand why it wouldn’t be OK in Lebanon, where majority of its citizens are Muslim,” Faraj told The Arab American News.

On behalf of the management, Younes thanked the paper and sent the hotel’s apology to Faraj.

“We thank you one more time for giving us the opportunity to reply to your article and remain at your disposition for any additional information you might need,” she said. “We hope to be able to reach Mr. Faraj through your newspaper in order to clarify face to face with him the issue and hope to gain him back as a loyal client.”

“I made this issue public so that it does not happen again with other girls,” Faraj said. “So if they apologize now but nothing changes after then, this would have been for nothing.

“They should do better in a country with many Muslims,” he added.