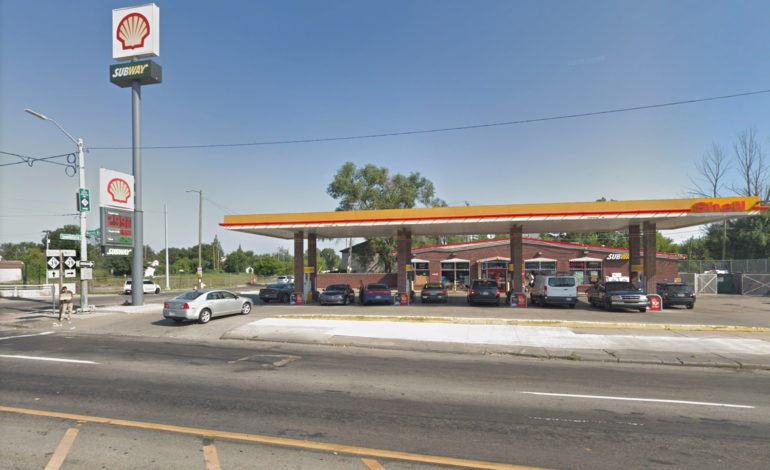 The Shell gas station on West Warren Ave. in Detroit near the Southfield Freeway. - Photo by Google Maps

DETROIT — A group of Detroit activists recently shut down a gas station where a bystander was shot by a clerk, forcing its owners to undergo cultural sensitivity training and make other improvements, the Detroit Free Press writes.

The Shell gas station on West Warren near the Southfield Freeway was closed last month for five days of protests led by The Detroit Coalition for Peace, after clerk Safaa Marzok accidentally shot 22-year-old Tavarlis Durham while in pursuit of an alleged potato chip thief.

Marzok is an Arab American and Durham is an African American.

There’s long been tension between Detroit’s Middle Eastern gas station owners and their attendants and the predominantly Black communities they serve. Gas station workers are often targeted by criminals who see the stores as easy targets and gas station attendants as acceptable collateral damage. Residents often view owners with no organic ties to the community as indifferent, just out to make a buck, a perception perpetuated by those who stock expired food, provide poor lighting around pumps and parking lots, or racially profile their customers, according to a report published by the Free Press.

As a result, the Detroit Coalition for Peace has developed a 16-point plan for the Shell station and other places where issues may arise. When the stations comply, they receive a seal of approval from the group, letting community members know the location is safe to visit.

According to the Free Press, the plan asks that gas station owners to “provide customer service training for all staff and employees. Don’t sell loosies or other illegal products. Make sure the building is safe and clean. Hire employees from the community.”

Also they insist that attendants and owners “don’t come out from behind the station’s protective glass to attack or harm a customer. If an employee harms someone unjustly, offer to pay that person’s medical expenses.”

The plan was developed after an Arab American gas station clerk fatally shot a customer at a gas station last year. That clerk has been charged with murder. Marzok is charged with assault with intent to murder.