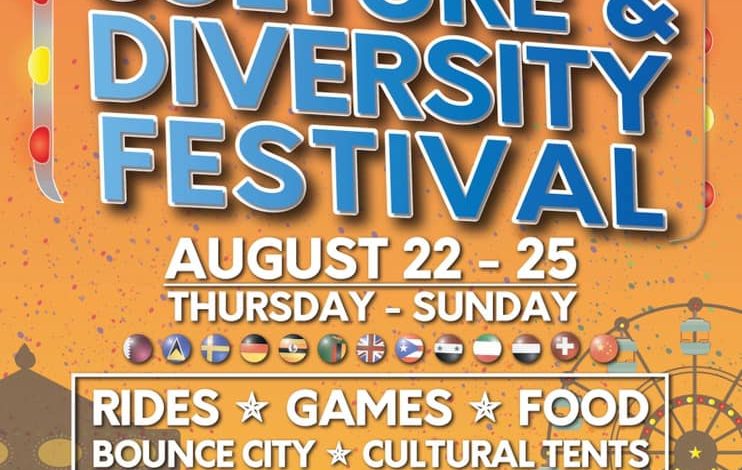 DEARBORN HEIGHTS — HYPE Athletic Center’s Michigan Culture and Diversity Festival that took place from Aug. 22 to Aug. 25 was ticketed by the city police for being too loud, despite having a valid permit and complying with the noise ordinance, according to festival coordinator Ali Sayed.

The festival featured more than 16 countries and diverse cultures through its food and music bands, ranging from Japanese, Indian, Middle Eastern and American rock n roll, among other cultures.

The event was free of charge and the public had the opportunity to learn, eat, dance, shop and connect with various cultures.

HYPE Founder and President Ali Sayed, who coordinated the festival activities, told The Arab American News that the police first tried to question the festival by saying that the organizers did not have a permit.

Sayed presented them with a proof of permit taken out in May, giving HYPE permission to host the four day event from 11 a.m. to 11 p.m.

On Friday night Dearborn Heights residents complained that the festival was too loud and the police talked to Sayed about it. On Saturday at 10:05 p.m., police said that there were more complaints from the people and they told Sayed they were there to shut it down.

“We weren’t loud,” Sayed said. “I told the bands to finish up and informed the police that we would finish up within a few minutes.” Asked whether the event had violated the noise ordinance, Sayed said the noise was not measured.

“At 10:15 p.m. the performances were done, but the police had already issued a ticket in my name and my personal house address and not the center,” Sayed said. “It was a pre-issued ticket.”

The permit stated that the events could go on till 11 p.m., but the police had issued a ticket before the closing time.

“I took the ticket and the people were enraged, thousands of people present at the festival were angry,” Sayed said.

“It was a great festival promoting diversity and unity through music, food and fun in a safe environment, but we felt like we were insulted and disrespected,” he added.

He also said the festival should have been classified as a community event.

“It was a permitted festival,” he said. “We expressed our disappointment to the city mayor and council members and we now have a legal team fighting this ticket.

“I think the city as a whole should have done a better job at informing the different departments about the event and its support for it to prevent this confusion and the outcome.”

City Councilman Dave Abdallah said that the residents, “should have been a little more open minded when others were trying to enjoy the festival. Ali Sayed addressing the community through his Facebook page following the issuance of the ticket.

“The HYPE festival is a cultural and diverse festival that is great for the community,” he added. “They featured 16 different cultures and ethnicities. That is a great thing.”

Abdallah said that the police should have been a little more lenient with HYPE.

“It’s a great organization in this city,” he said. “We should have allowed them to have a good time. Especially with an organization like this that really helps bring the community together and had different countries represented.”

He also said that when he was there, it wasn’t loud.

“It wasn’t louder than a wedding or any other event that I went to,” he said. “I did not measure the noise, but it was nothing out of the ordinary.”

He also said he’s in full support of HYPE as an organization and all of its efforts in serving this community.

On Facebook, City Councilwoman Lisa Hicks-Clayton said that she “supports it [the festival].

“In fact, I attended the opening ceremony and brought my family back,” she said. “…The question of how the procedure was implemented and the noise must be investigated…As a City Council member, we must execute full diligence.

“Again, I fully support it and always embrace events which support our local economy and growth,” she said.

The Dearborn Heights police did not respond to requests for comment from The Arab American News. The mayor’s office referred us to the police department with no comment.