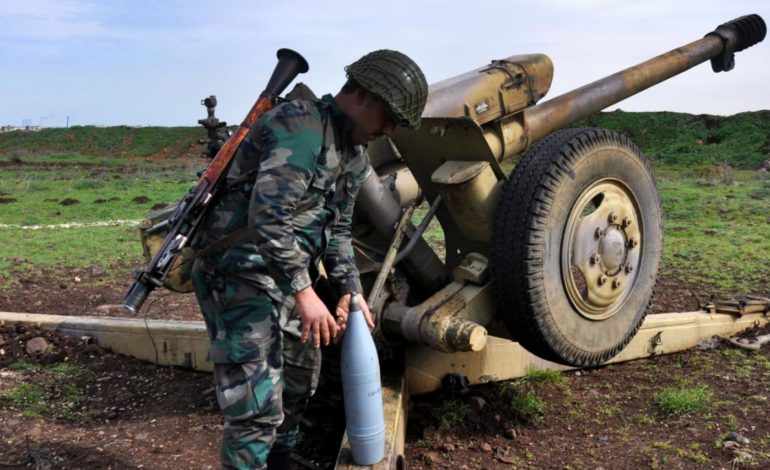 The Syrian army gains ground in the fight for Idlib

BEIRUT — Russia and its Syrian army ally stepped up aerial raids on northwest Syria as they sent reinforcements from elite army units and Iranian-backed militias to bolster a major offensive against the last big rebel stronghold, opposition sources and residents said on Friday.

The Russian-led alliance took the town of Khwain, Zarzoor and Tamanah farms in southern Idlib, pushing closer into densely populated parts of Idlib province where millions of people who fled fighting elsewhere in Syria have taken refuge.

They were the first gains since the alliance seized a main rebel pocket in nearby Hama province last week. Jets flying in high altitudes believed to be Russian according to activists who track warplanes dropped bombs on the outskirts of the heavily populated Idlib city, the capital of the province.

Rebels forces have been eroded by a relentless aerial campaign since late April that has knocked down dozens of hospitals, schools and civil defense centers, paralyzing life in rebel-held areas, according to the rebels.

Moscow and Damascus deny they have targeted civilians and say they are responding to militant attacks by the former Nusra Front, a jihadist alliance now known as Hayat Tahrir al-Sham that is the dominant force in Idlib.

Since capturing the strategic town of Khan Sheikhoun nearly 10 days ago, Russian and Syrian jets were now escalating strikes on the city of Maraat al-Numan that lies further north.

The gains of the last 24 hours brings the Russian-led alliance closer to capturing the town of Tamaneh, one of dozens of rural villages and towns that have been pummeled in heavy air strikes.