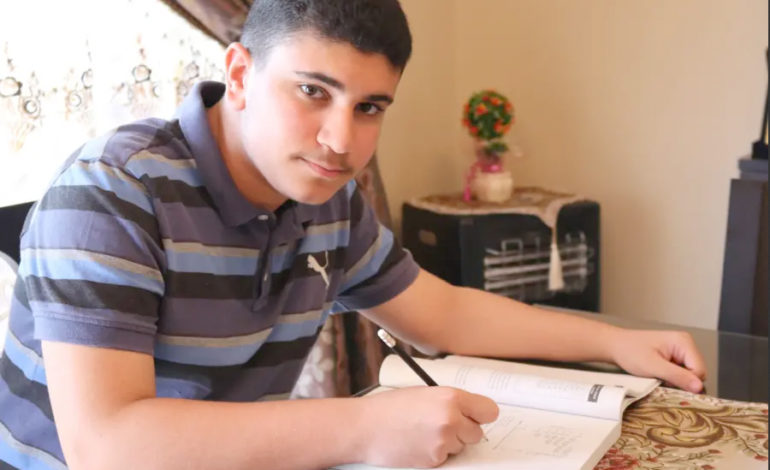 Ismail B. Ajjawi, a Palestinian student, arrived at Cambridge to begin his freshman year at Harvard after his visa was previously revoked and he was ordered to leave the country by the CBP.

CAMBRIDGE, MA — A 17-year-old freshman student named Ismail B. Ajjawi arrived on campus at Harvard University on time for the start of classes Tuesday after a difficult ordeal attempting to enter the country.

Ajjawi, who is from the Harvard class of 2023, was turned away by United States border officials 11 days ago. His family says the process of getting into the country was difficult, and thanked those who voiced their support for him and helped assist his arrival.

“The last 10 days have been difficult and anxiety filled, but we are most grateful for the thousands of messages of support and particularly the work of AMIDEAST,” a statement from the family read.

“We hope now that everyone can respect our and Ismail’s privacy and he can now simply focus on settling into college and his important class work.”

Ajjawi, a resident of Tyre, Lebanon, told The Crimson student newspaper at Harvard last week that a Customers and Border Protection officer searched his phone and laptop while he was detained at the airport.

He also alleged that an officer questioned him for hours about posts his friends made on social media and told him that his visa would be canceled. He was also allegedly asked questions about his religious practices in Lebanon.

After Ajjawi returned to Lebanon, a Customers and Border Protection spokesperson, Michael S. McCarthy, said that officials had “deemed (him) inadmissible” in a statement, but did not specify the reason for the decision.

In response, Harvard student groups organized a petition supporting him that had gathered more than 7,000 signatures as of Monday night.

Ajjawi’s story has drawn international media attention and elicited support from several organizations, including the United Nations Relief and Works Agency for Palestine Refugees in the Near East and the Foundation for Individual Rights in Education, according to a report from The Crimson.

The article said that staff from both Harvard and AMIDEAST, a scholarship organization sponsoring Ajjawi’s education, worked with federal officials to ensure he could make it on time for classes.

“We truly appreciate the efforts of so many individuals and officials in Lebanon, Washington, Massachusetts and at Harvard that have made it possible for our son Ismail Ajjawi to begin his studies at Harvard with his class,” Ajjawi’s family wrote in a statement.

A report on the website Mondoweiss has questioned whether Ajjawi’s right to free speech will be muzzled on campus in light of the previous incident, however, citing the following quote from a story in the New York Times:

“Mr. Ajjawi has said that he wants to become a doctor and that he is nonpolitical. His lawyer, Albert Mokhiber, described him on Tuesday as a Palestinian refugee who had attended United Nations schools in the refugee camps of Lebanon.”

Ajjawi has been in defense mode ever since his arrival to the school, and has been careful not to speak on political issues.

“I have no single post on my timeline discussing politics,” Ajjawi wrote. “I responded that I have no business with such posts and that I didn’t like, (s)hare or comment on them and told her that I shouldn’t be held responsible for what others post.”