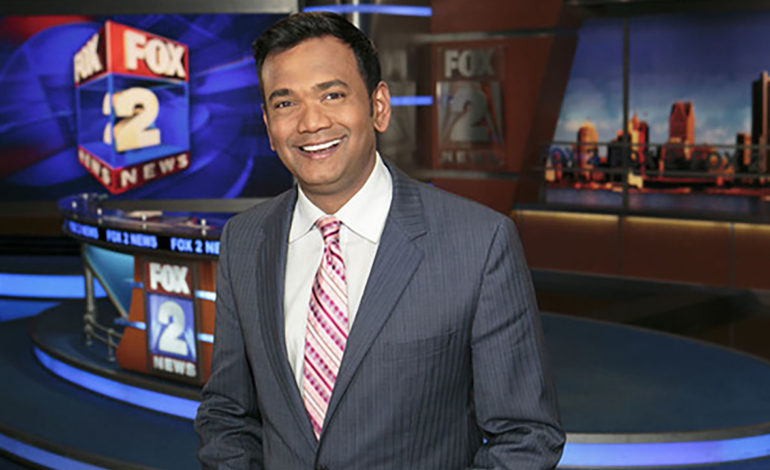 SOUTHFIELD — A Fox 2 News anchor, Roop Raj, is being praised for his response to a social media user’s question on his nationality that has been deemed ignorant.

This past Thursday Raj, who grew up in Troy and is of Indian descent, wrote on Twitter about a story on how small businesses are preparing for tariffs to start.

“Raj, I wish you understand why the tariffs will be in place. I’m not sure where you came from. But USA wants fair trade do some homework then report,” one social media user wrote in response.

Following the question Raj, whose parents emigrated to the United States from India in the 1970s, responded that he was from Troy. In another follow-up message, he spoke further on what he called the user’s “ignorance.”

“I’m from Troy, MI. No sarcasm. No hate. There is enough of that out there. I was born and raised in America and love this country as much as anyone who may not look like me,” Raj wrote.

“I am proud of the fact that my family has been here for 45 plus years,” he continued. “My father and mother came here by invitation in the 1970’s at a time when there was a lack of engineers in America. Their families were doing well in India. They happily came here, instead.”

Raj refrained from calling the commenter a name and instead continued to speak about American ideals.

“The people of this community are our pride. We are American. So are you. So let’s stop the idiocy around who has been here longer. Please. The common bond and love we have for this great idea of Democracy is what makes us ONE.

“Instead of accusing that man of being a troll, I told him this. If you must ask yourself where I am from, perhaps you should remind yourself who this country belongs to. It’s not yours or mine. It’s ours. This country looks like you AND me. Here’s to better days.”

Raj has also worked in Flint and New Orleans, and returned to the area in 2009, a report from Fox 2 said. His post has been liked over 3,500 times and has been highlighted by major media outlets including Newsweek.

“(I don’t know you) sir. I don’t know your politics. I’ll be honest with you I haven’t even Googled your name. Your response to it is one of the most open minded, non divisive, and truly kind American responses you could have given,” wrote one user, Johnny Soma, in response to Raj’s post.

“I’m a U.S. Veteran and this is the America I fought for. Cheers.”

“Have you met this guy? It’s like attacking Mr. Rogers or Santa Claus,” Nessel said.

“I miss living in a country where people felt ashamed to express such abhorrent sentiments,” she added. “Stand strong Roop, we love you!”

“We support you, @rooprajfox2. Thank you for responding to hate with kindness and love.”