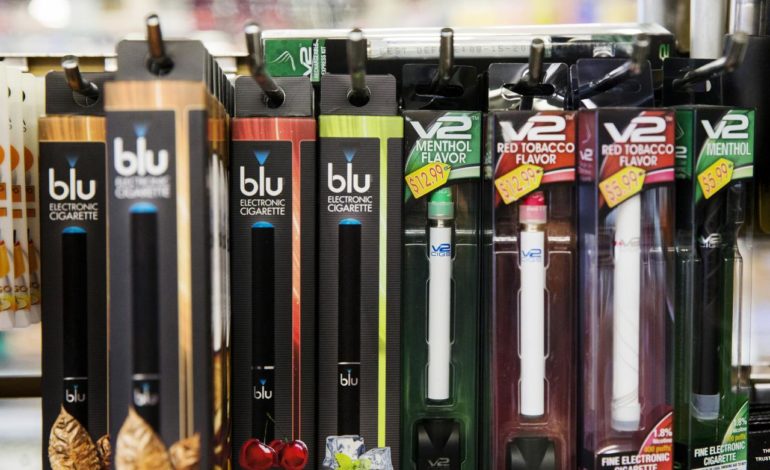 LANSING – Michigan is now the first state to ban flavored electronic cigarettes, thanks to an emergency rule issued by Governor Whitmer on Wednesday.

Retailers, including those selling candy and fruit flavored vaping products online, have 30 days to comply with the new ruling and take the products off their shelves. Tobacco flavored e-cigarettes are not covered under the order.

The current ban has a six-month period while lawmakers work on a permanent bill, but may be renewed for another six months.

The Democratic governor also ordered the Michigan Department of Health and Human Services to ban “misleading” marketing campaigns by e-cigarette companies. Whitmer has claimed these campaigns mislead consumers into thinking vaping products are harmless and the companies often target minors.

“As governor, my number one priority is keeping our kids safe,” Whitmer said in a statement. “And right now, companies selling vaping products are using candy flavors to hook children on nicotine and misleading claims to promote the belief that these products are safe.

“That ends today. Our kids deserve leaders who are going to fight to protect them. These bold steps will finally put an end to these irresponsible and deceptive practices and protect Michiganders’ public health.”

The move has garnered both support from public health officials and criticism from companies and some Michigan legislators. Flavor vaping is no longer permitted in Michigan

“Governor Whitmer has taken bold and appropriate action in response to the epidemic of youth e-cigarette use,” Nancy Brown, CEO of the American Heart Association, said. “In the absence of robust regulation by the Food and Drug Administration, we know shockingly little about the health impact of e-cigarettes being widely marketed to youth and adults.”

Brown pointed to a recent nationwide outbreak of a respiratory infections that is said to be linked to vaping as cause for concern and reason to act immediately. There are six suspected cases in Michigan.

Greg Conley, associate president of the American Vaping Association, has said his organization will support any legal action against the ban.

“In this country, laws are made by legislators, not governors desperate for press attention,” he said. “Anyone who fears the prospect of an out of control government should be appalled by this attempt by the executive branch to unilaterally ban an adult product.”

He also found it “absurd” that the ban comes months after Michigan’s legislature prohibited sales of vaping products to minors.

The Detroit News reports that though some state legislators are contesting Whitmer’s authority to enact such a rule, others like Majority Leader Mike Shirkey (R-Clarklake) are siding with the governor’s decision.