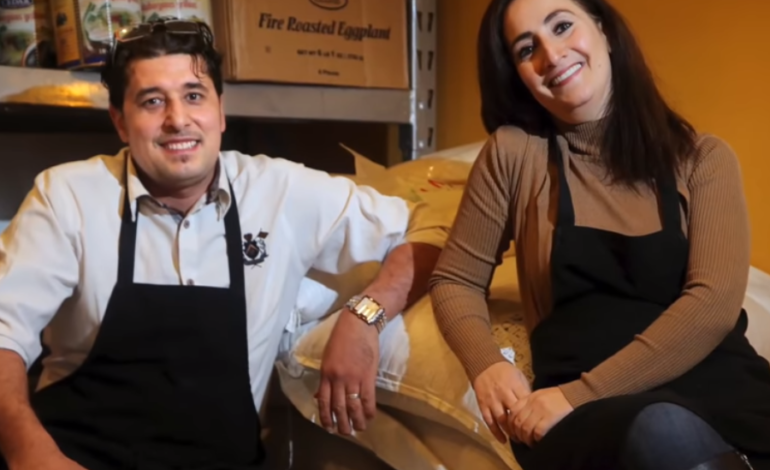 OTTAWA, CANADA ⁠— Nearly a decade of war, conflict and foreign intervention in Syria has led to a full blown crisis in the once-thriving Middle Eastern nation, as well as the creation of millions of refugees.

According to a 2018 report from the Pew Research Center, Canada has become the most common landing place for Syrian refugees in North America. It has outpaced the United States with a total of 54,000 refugees received, compared to 33,000 in the U.S. as of 2017.

There were four only newly admitted Syrian refugees residing in Michigan in 2018 as the result of tight restrictions against Muslim majority countries instituted by the Trump administration.

There were also 1,374 newly admitted Syrian refugees residing in Michigan in the 2016 fiscal year and 683 in 2017, according to the Detroit Free Press. From 2002 to 2018, Michigan ranked second to California in its overall total of refugees from Syria and Iraq.

But now, with hotbed states like these unable to accept refugees, Canada is picking up the slack. Many, including Mohammed Al Mahasna, chose that country because of its welcoming atmosphere.

“Yes, I came to Canada and it was my first choice because I love the way the people deal with newcomers,” he said in a video interview with the Ottawa Citizen.

“They don’t have any criticism to any kind of nationality. I love everything in Canada; Canadian people, they are very helpful. I didn’t find any difficulty in any aspect, only the language I am trying to learn now, but that’s all.”

Al Mahasna, who brought his wife and kids over in 2016, is just one beneficiary of support from the Syrian Kitchen, a local bakery and restaurant that specializes in hiring refugees and helping them to get back on their feet in trying times.

The business is run by its founder, Rehab Adas, who emigrated to Canada from Syria in 1990.

“My brother was here before and he sponsored us as immigrants to have a better life,” she said.

“When the first Syrian refugees came in I was volunteering to find jobs for them, helping them adjust to the new environment. So I thought, why don’t I give them new jobs while I have space in my bakery.”

The Syrian Kitchen restaurant, which Adas founded in 2016, features made-from-scratch, authentic Syrian dishes and helps preserve the country’s culture, while also helping to support its most in-need former residents.

“I really wanted to hire refugees because I know how hard it is to adjust to new cultures, a new language,” said Adas, whose business also includes a Portuguese bakery.

“At least I could speak Arabic with them. I give them jobs when they are starting, so when they are okay to move on with another job they can go and find their jobs.”

Adas, who was born in Damascus, said that refugees bring special skills with them into the kitchen.

“I only hire refugees — and they’ve just come here, so they still know the recipes,” she said.

Also in Ottawa, another food-based initiative supporting female Syrian refugees has been serving the community.

Ada Alnoofoori, a Syrian refugee to Canada in 2015, and Karen Hill have supported several refugees through their Yasmin Syrian Cooking Ottawa initiative, a catering business that sells its “Food From the Heart” throughout the city.

Alnoofoori got the idea at a summer camp for 12 families new to the country organized by the Ottawa Centre Refugee Action and the Glebe Neighborhood Activities group. Its ultimate goal is to earn enough revenue to provide its more than a half-dozen staff of refugee women with full-time jobs in order to leave government assistance programs.

It’s just one example of what can happen when communities welcome refugees with open arms instead of turning them away.

“I saw women who were bored with nothing to do in their daily lives, who didn’t have many friends and family around them and had limited education, and who struggled with English,” Alnoofoori said. “But they knew how to make good meals back home in Syria.

“I wanted to help the women and asked them if they wanted to work in catering and prepare food, and they said, ‘Yes.’”