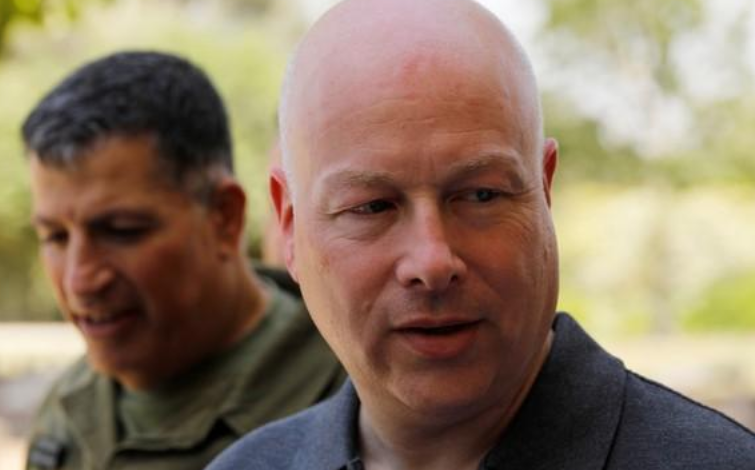 WASHINGTON, D.C. — President Trump’s special envoy to the Middle East, Jason Greenblatt, an architect of the administration’s long-awaited peace plan for the region, is leaving the White House according to a report from The Hill.

Greenblatt will depart the administration in the coming weeks and return to his home state of New Jersey. His exit had been discussed since the end of last year.

Trump’s special envoy for Iran, Brian Hook, will assume some of the responsibilities of handling the Middle East peace process, one administration official said.

Trump called Greenblatt “a loyal and great friend and fantastic lawyer” in a tweet. He had previously worked as an attorney for the Trump Organization.

“Jason has done a tremendous job leading the efforts to develop an economic and political vision for a long sought after peace in the Middle East,” Kushner said in a statement.

“His work has helped develop the relationships between Israel and its neighbors as he is trusted and respected by all of the leaders throughout the region.”

“His dedication to Israel and to seeking peace between Israel and the Palestinians won’t be forgotten,” Trump tweeted. “He will be missed.”

Greenblatt and Kushner have taken the lead on negotiations and met with leaders in the region throughout the past two years, but Greenblatt’s exit raises fresh concerns.

Several delays have plagued the release of the plan’s details, and the White House has struggled to gain support from Palestinian officials.

In a tweet last week, Greenblatt said the White House would likely withhold the plan until after the Israeli elections set to take place on September 17.

“The vision is now complete and will be released when appropriate,” one senior Trump administration official said about the plan, which has been dubbed the “ultimate” Middle East peace deal.

The Trump administration has said since 2017 that it would deliver a groundbreaking proposal to ensure peace between Israelis, Palestinians and other stakeholders in the Middle East.

Trump has been criticized by pro-Palestine activists for his unwavering and heavy-handed support of Israel.