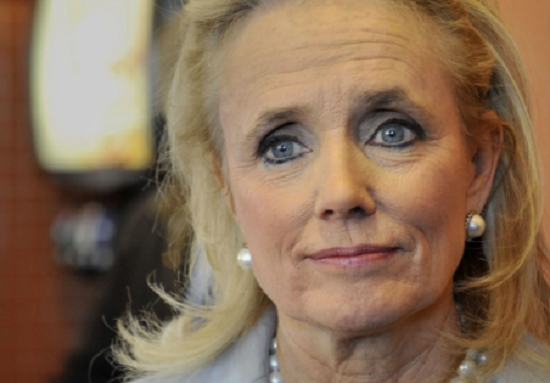 WASHINGTON, D.C. — United States Congresswoman Debbie Dingell (D-Dearborn) withdrew her sponsorship for a bill advocating for human rights for Palestinian children on Tuesday, saying it was “ultimately counterproductive” to a peaceful, two-state solution.

The U.S. provides over $3.8 billion in annual foreign military aid to Israel, the bill states.

Dingell represents Dearborn, parts of Ann Arbor and some downriver communities, and her district includes a large Arab American population including numerous Palestinians.

The Israeli government has created a system of military checkpoints in Palestine that is widely ignored by the United States media, which critics say has stripped the country’s poor, disenfranchised population of its rights and dignity.

The bill takes this into account, stating that the Israeli government detains 500-700 Palestinian children ages 12-17 each year and prosecutes them before a military court system that “that lacks basic and fundamental guarantees of due process in violation of international standards.”

A separate court system is in place for Israeli settlers in the West Bank, the bill states. It also cites a U.S. State Department report that found Israeli security services continued to “abuse, and in some cases torture minors.”

Threats, intimidation, long-term handcuffing and solitary confinement are among the other tactics used against children, the bill says citing the report.

“This bill is about cutting U.S. tax dollars funding brutality. U.S. taxpayers don’t want their money used this way,” said Maya Berry of the Arab American Institute as quoted in the Detroit Free Press, rejecting Dingell’s assertion that the bill would harm prospects for a two-state solution. “We should reject the idea that pro-Israel means supporting the detainment of Palestinian children by the Israeli military.”

Dingell added that her voting record on Palestinian-Israeli conflict related issues “speaks for itself.”

“I will continue working on and investing in policies that will address the human rights situation in the Middle East and work toward peace,” Dingell said.

“(Dingell) is often one of the few backers of bills widely supported by Arab Americans,” Berry said. “Regrettably, that does not mean she can suspend logic on this issue, especially since she has been so educated on it by her constituents.”

The Detroit chapter of the Jewish Voice for Peace, which opposes the occupation, condemned Dingell’s decision in a Facebook post.

“When she added her name, it was a courageous stance in line with her proclaimed progressive values,” wrote the group. “Taking her name off is a shameful statement that she is unwilling to hold the Israeli government accountable for its actions.”