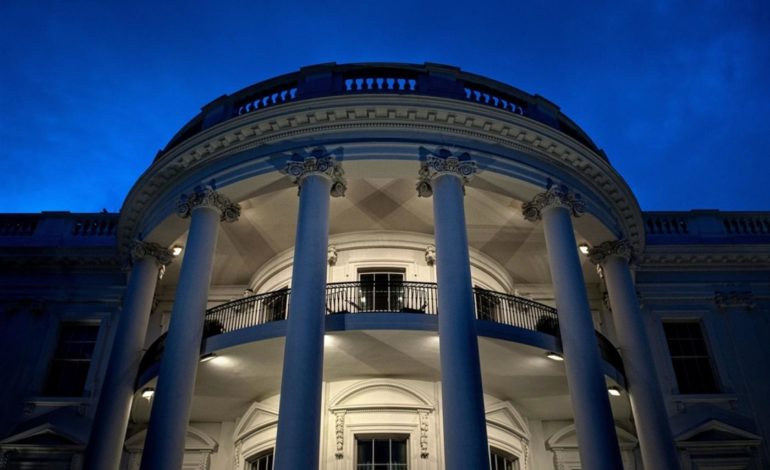 Israel reportedly spied on White House officials, according to former top officials and the FBI. Photo via AFP

WASHINGTON, D.C. — According to former top U.S. officials, Israel has likely planted surveillance devices that have been located near the White House over the past two years, which were uncovered during the Trump presidency and meant to track him.

The revelations were made to Politico, the Israeli newspaper Haaretz reported, and were based on accounts provided by three former U.S. officials.

“It was pretty clear that the Israelis were responsible,” one former senior intelligence official was quoted as saying, according to the report.

The spying devices uncovered according to the report are known as “StingRays” and emulate cell phone towers to trick phones into giving them their locations and identity details.

Upon arriving to Sochi, Russia, where he is slated to meet Russian President Vladimir Putin, Israeli Prime Minister Benjamin Netanyahu denied the report.

A spokesperson for Israel’s Embassy in Washington, Elad Strohmayer, also denied the reports.

Whether or not the White House will take public action or reprimand Israel remains to be seen. A report from The Hill said that inquiries were not answered as of Thursday on the matter.

“The reaction…was very different than it would have been in the last administration,” another official added to Politico. “With the current administration, there are a different set of calculations in regard to addressing this.”

However, one ex-official reportedly told Politico that the Trump administration did not rebuke the Israeli government or take any official steps against it, as it has in other incidents of foreign spying on U.S. soil involving other countries.

The findings began in October 2018 when officials at the DHS discovered evidence of the surveillance devices near the White House and other sensitive locations around Washington, D.C., the report said. Findings were then shared with relevant federal agencies.

The FBI along with other agencies investigating the case blamed Israel after conducting a detailed forensic analysis, officials speaking to Politico said. The report cited former officials as saying that there prevails a common concern that Israel is spying on the White House.

“Sometimes it was sort of knowledge of our thinking,” the former official was quoted as saying. “Occasionally there were some turns of phrase like language that as far as we knew had only appeared in drafts of speeches and never been actually used publicly, and then some Israeli official would repeat it back to us and say, ‘This would be really problematic if you were to say X.’”

“They’re all about protecting the security of the Israeli state and they do whatever they feel they have to achieve that objective.”