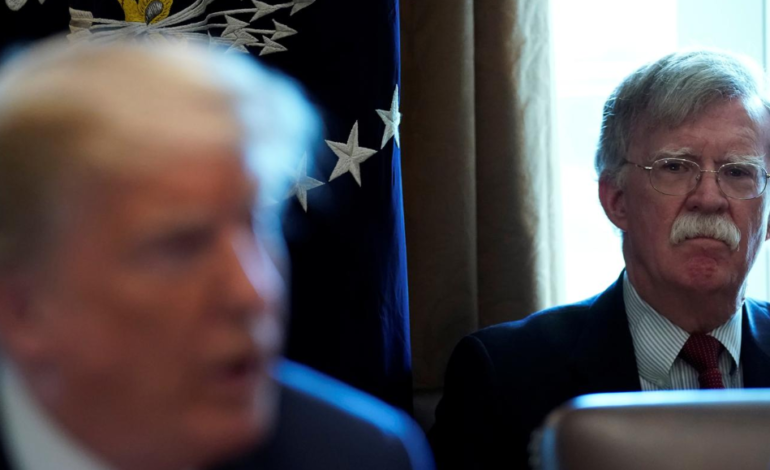 On Thursday, Trump elaborated further on his decision, specifically in matters of foreign policy.

“In fact, my views on Venezuela, and especially Cuba, were far stronger than those of John Bolton,” Trump tweeted. “He was holding me back!”

The president’s post was in response to a message from Sen. Marco Rubio (R-FL), who wrote online that he had spoken with the president regarding Venezuela.

“It’s true he disagreed with some of the views of the previous adviser,” Rubio, a fierce critic of Venezuelan President Nicolás Maduro, said. “But as he reminded me it’s actually the DIRECT OPPOSITE of what many claim or assume,” Rubio added, according to a report from Politico.

“If in fact the direction of policy changes it won’t be to make it weaker.”

Trump also denounced Bolton’s advocacy for the 2003 invasion of Iraq from within former President George W. Bush’s administration, calling him “Mr. Tough Guy” and saying, “He’s so tough, he got us into Iraq.”

Previously Trump said at a press conference in May that Bolton “has strong views on things” and that, “I actually temper John, which is pretty amazing.”

He also said he disagreed with Bolton on his desire to “take the Libyan model” to North Korea, as a model for a potential nuclear deal.

Trump claimed that he had asked for Bolton’s resignation, but Bolton disputed it, saying he offered to resign.

“Hopefully we parted in good stead, but maybe we haven’t, we will see,” Trump said.

Trump added on Wednesday that he has at least five candidates for replacing Bolton, and that he will decide sometime next week, CBS News reported.