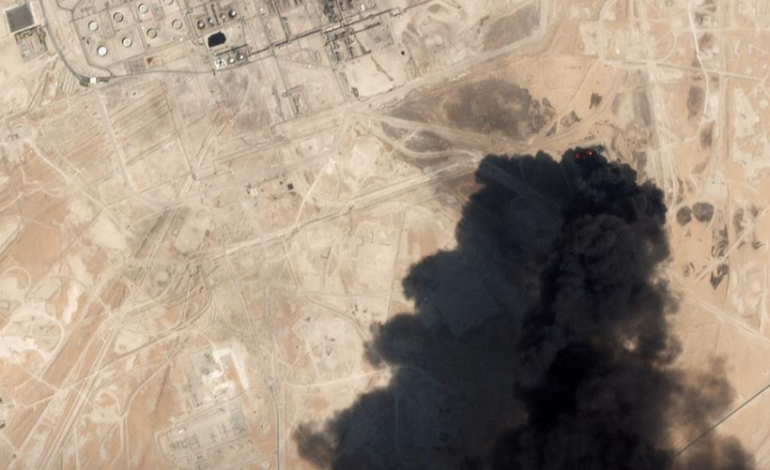 WASHINGTON — President Trump told reporters on Monday that it’s looking like” Iran was behind this Saturday’s attack on Saudi Arabia oil facilities, a CNN report said.

Trump added that it’s too early to say for sure. He also said that he was, “not looking to get into new conflict, but sometimes you have to.”

“Well, it’s looking that way,” Trump said when asked if Iran was responsible for the attacks, adding that he does not want war with Iran but also saying that the U.S. has the best weapons systems, especially fighter jets and missiles.

“We’ll let you know definitively…That’s being checked out right now,” he said.

The president also said the U.S. is more prepared for a conflict than any country in history, but reiterated that he would like to avoid it.

If the U.S. does launch military action, however, the Saudis may suffer damages, he implied, according to the report.

“The Saudis are going to have a lot of involvement in this if we decide to do something,” he said. “They’ll be very much involved, and that includes payment.”

He also left the door open for diplomacy with Iran, saying that path has not yet been exhausted.

“No, it’s never exhausted,” he said. “…You never know what’s going to happen…I know they want to make a deal…At some point it will work out.”

Trump also added that he has not promised the Saudis that they would be protected in the event of a conflict.

“We have to sit down with the Saudis and work something out,” he said.

Brian Hook, Trump’s special representative for Iran, also held a call with staffers from Capitol Hill on Monday to discuss the attacks.

Hook said the attack was definitely not carried out by Houthi rebels, who have claimed responsibility, and was not launched from Iraqi soil. But Hook wouldn’t say who did carry out the attack after being pressed, one familiar source told CNN.

The attack is being viewed by Saudis as “their 9/11,” two sources told CNN.

Russia and China, meanwhile, have urged against any hasty decisions in terms of figuring out who carried out the attacks.

The Pentagon and White House both declined to comment according to the report, while Iran has denied involvement, according to its foreign ministry spokesperson.

“Such blind accusations and inappropriate comments in a diplomatic context are incomprehensible and meaningless,” the spokesman, Seyyed Abbas Mousavi said, adding, “even hostility needs a certain degree of credibility and reasonable frameworks, U.S. officials have also violated these basic principles.”