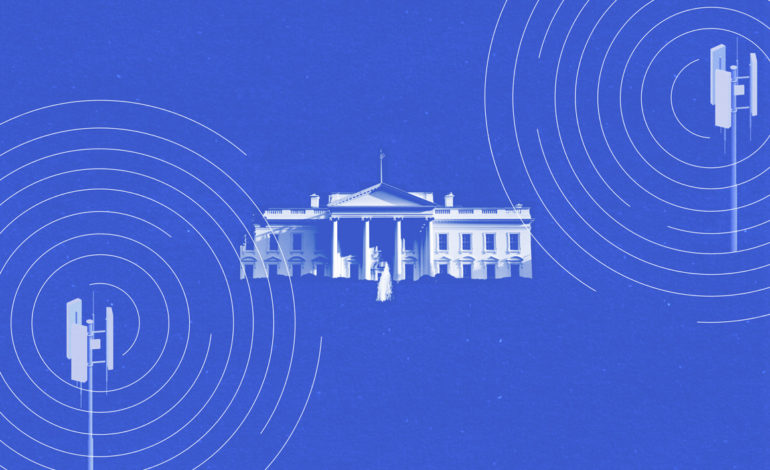 Jonathan Pollard, a former American intelligence analyst, pleaded guilty to providing thousands of top-secret classified documents to Israel in 1984 and 1985

In April of 2018, the Associated Press reported that the Department of Homeland Security acknowledged that it had detected unauthorized cellular phone surveillance devices operating in Washington, DC.

Commonly known as “StingRays,” the devices are designed to mimic cell phone towers. Essentially, when a StingRay is activated it forces nearby cellular traffic to go through it rather than through official towers. This allows the operator of the StingRay to know the exact location of a specific cell phone. With more advanced models, the device can force a phone to use older, unencrypted 2G wireless signals, allowing a third party to eavesdrop on calls and messages. Some can even attempt to install malicious software on a phone. StingRays are typically the size of a briefcase, but can be as small as a cell phone.

Now, according to an exclusive report by Politico, three former senior U.S. officials claim that Israel was most likely responsible for placing the surveillance equipment near the White House and other sensitive locations in Washington. One of the former officials claimed that the StingRays were probably intended to eavesdrop on President Trump and his top associates.

According to the officials, after conducting comprehensive forensic analysis, the FBI and other agencies “felt confident” that Israeli agents had placed the devices.

Israeli Prime Minister Benjamin Netanyahu also denied the report. He claimed, “There is a longstanding commitment, and a directive from the Israeli government not to engage in any intelligence operations in the U.S.”

But these statements are extremely unbelievable, if not outright lies. According to a 2014 Newsweek article, Israel engages in “alarming” levels of espionage against the U.S. A former congressional staffer who attended a classified briefing in 2013 said that, “No other country close to the United States continues to cross the line on espionage like the Israelis do.”

Israel used stolen information to try to undermine U.S. diplomacy regarding the Iran nuclear deal of 2015. More specifically, Israel passed classified intelligence to members of Congress to try to persuade them to derail the negotiations with Iran.

Israel also has a long history of selling American military technology to China. In fact, in the early 1990’s, the CIA director at the time told a Senate Government Affairs Committee that Israel had been selling U.S. secrets to China for around a decade. In 1998, an American scholar wrote that Israel has conducted an “aggressive campaign” of economic espionage in the U.S. since its creation in 1948. He notes that while other countries also engage in such spying, Israel “is the only major recipient of U.S. foreign aid to do so.”

And one cannot forget the case of Jonathan Pollard, an American former intelligence analyst who pleaded guilty to providing thousands of top-secret classified documents to Israel in 1984 and 1985. Despite this major betrayal, a few years later Congress renewed a $3 billion aid package to Israel, and the Reagan administration gave it the official status of a “major non-NATO ally.”

The perception that Israel is a good American ally is laughable, but not only due to its espionage against the U.S. Israel routinely denies entry to American citizens, it murdered American peace activist Rachel Corrie with a bulldozer, and in 1967 it killed 34 American sailors in an attack on the USS Liberty while it was in international waters. Israeli Prime Minister Benjamin Netanyahu has even selfishly commented that the September 11 terrorist attacks were good for Israel.

It is absolutely mind-boggling that despite the many cases of espionage and other hostile acts against the U.S. and Americans, Israel is still treated as one of our greatest allies by many people from all points on the political spectrum. Almost 12 hours after the Politico article was published, there was not a single mention of the report on the homepages of the websites of either CNN or Fox News. If the espionage was committed by Russia or Iran, the American media, government officials and even the public would all be up in arms. President Trump is quick to lash out on Twitter at anyone who even slightly offends him, but when it comes to Israeli transgressions, he is surprisingly silent.

This lack of accountability or awareness regarding Israel is precisely the problem. One of the former officials mentioned in the report said they were “not aware of any accountability at all.” Even after the FBI and other agencies determined that Israel was most likely responsible for the surveillance devices, “the Trump administration took no action to punish or even privately scold the Israeli government.”

Again, this is a bipartisan affair. Despite being disrespected and treated ungratefully by Netanyahu, President Obama’s actions made him “one of the most pro-Israeli American presidents” since Harry Truman, according to Israeli historian Avi Shlaim. In fact, before he left office, Obama committed a record $38 billion to Israel over 10 years. This was the largest military aid package from one country to another in human history.

From poverty to poor infrastructure to people lacking basic health insurance, there are many problems that need to be solved in the U.S. Americans must ask their government why billions of their taxes are so swiftly handed to the wealthy, apartheid state of Israel, a state that does not hesitate to spy on the hand that feeds it. American politicians from both parties are more willing to shut down the government than to withhold funding from Israel for its blatant violations of international law and for its brazen espionage and disrespect for our country.

It is time for American citizens to realize that the so-called “special relationship” with Israel is in fact not special nor beneficial. On the contrary, it is a liability and it jeopardizes America’s national security, economic interests, and its reputation throughout the world.

Mohamed Mohamed is the executive director of the Jerusalem Fund for Education and Community Development in Washington DC.

This article originally appeared at Monoweiss.net. It has been edited for style.