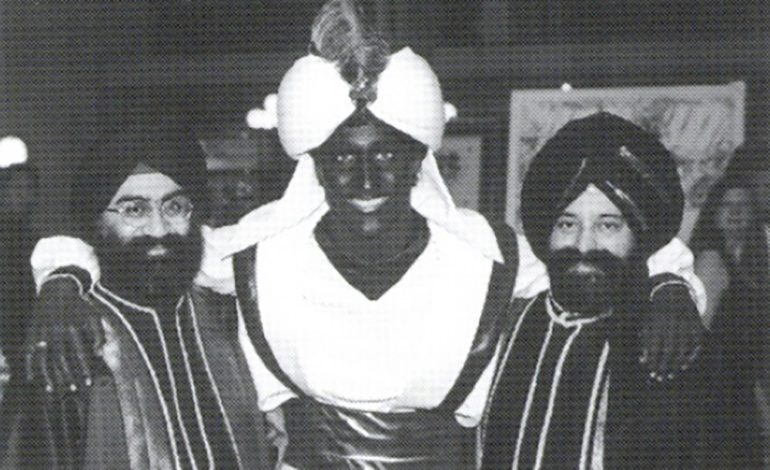 WINNIPEG– Canadian Prime Minister Justin Trudeau begged his country for forgiveness on Thursday after multiple reports of him in both blackface and brownface emerged this week.

On Wednesday, Time magazine published a photo of Trudeau in brownface while dressed as Aladdin at an “Arabian Nights” costume party in 2001. It was taken from a yearbook from West Point Grey Academy, a private school where a then 29-year-old Trudeau taught before entering politics.

The picture came at a particularly inconvenient time, with Trudeau now just a month away from his bid for another term on Canada’s Election Day.

The Liberal Party leader downplayed the timing of the photo’s release however, as he made his first public apology to reporters aboard his campaign plane in Halifax, Nova Scotia on Wednesday.

He said that attending the party in brownface was a “dumb thing to do.”

During the presser, Trudeau also admitted that he had also used makeup to darken his face while performing in a talent show in high school. Thursday’s appearance in Winnipeg came as a third instance of the prime minister using racialized makeup was uncovered.

Canada’s Global News obtained a video of Trudeau covered in dark makeup and raising his hands in the air while laughing and sticking his tongue out. A senior member of the Liberal campaign confirmed the video was of Trudeau.

Trudeau reiterated in front of a large crowd in Winnipeg that donning makeup to portray ethnicities was wrong.

“Darkening your face regardless of the context or the circumstances is always unacceptable because of the racist history of blackface,” he said. “I should have understood that then and I never should have done it.”

“I have always acknowledged I came from a place of privilege, but I now need to acknowledge that comes with a massive blind spot,” he added. Trudeau has history of publicly championing of multiculturism and immigration. Women constitute half of his cabinet and his immigration minister is a Somali-born refugee.

There are four Canadian Sikhs in his cabinet, representative of the country’s vast South Asian population.

The Associated Press reported that several Liberal politicians have condemned Trudeau’s actions, but continue to rally behind him in light of his international reputation as a champion for minorities in his country.

Others Canadian politicians remain steadfast in their concern over what the prime minister’s past actions say.

“I am deeply troubled by what this means to Canada,” Leftist New Democrat leader Jagmeet Singh said. “Young kids are not just going to see just one or two but multiple images of the prime minister mocking their lived reality. This is so hurtful to so many Canadians.”