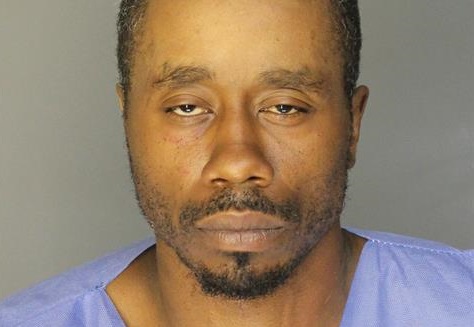 A photo of the suspect released by Dearborn Police.

DEARBORN — A suspect named James Lamont Lindsey was arraigned this afternoon in connection with the death of a Taylor woman whose body was found locally, a press release from Dearborn Police said.

The arraignment was held in front of Judge Sam Salamey of the 19th District Court.

Due to the seriousness of the crime, Lindsey was remanded without bond to the Wayne County Jail to await his probable cause conference and preliminary exams next week.

The victim, a 34-year-old woman from Taylor, was found in the area of Paul and the Southfield Freeway on Friday, September 20 at around 7:45 a.m. Responding officers and Detroit Fire Department personnel immediately gave first aid to the victim, but she was pronounced dead at the scene. Detectives and crime scene investigators responded to identify, gather evidence and canvas the area for potential witnesses.

Her identity is known, but details are currently being withheld pending family notification.

Anyone with information about the incident is asked to contact the Dearborn Police Department at (313) 943-2241.

Callers may provide information anonymously by calling 1-800-SPEAK UP.

“While we are grateful for the continued cooperation from the entire community for making this arrest, it angers me to know that the suspect in this case has a long history of assaultive behavior for which he had been previously incarcerated for 19 years,” Haddad said. “Our department and regional partners worked around the clock to bring the suspect to justice. This is a tragedy for the entire region; we extend our condolences to the friends and family of the victim.”