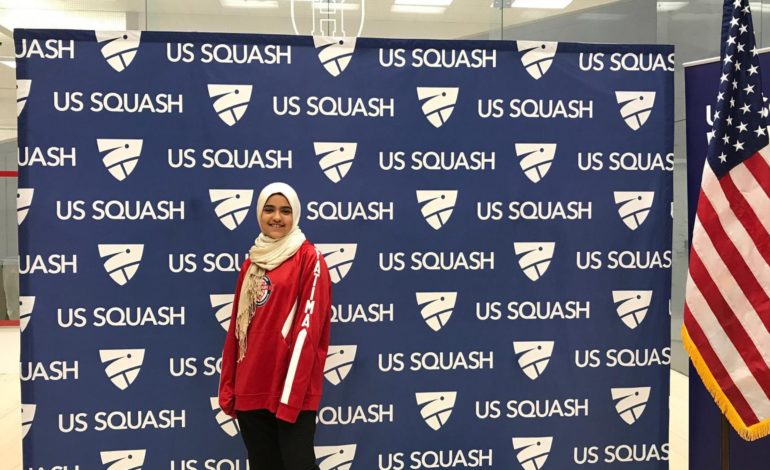 San Francisco – Fatima Abdelrahman was boarding an Air Canada flight wearing her hijab when an airline agent stopped her.

He asked the then-12-year-old to remove her headscarf. She said no. He said she had to.

It was Fatima’s first time flying without her family. She made sure to stick with her U.S. Squash Junior National Team teammates at San Francisco International Airport as they traveled to a tournament in Toronto.

But now she was alone as her teammates proceeded to board. And she was nervous.

The Air Canada agent brought over a manager who also insisted she take off the hijab, Fatima told USA TODAY.

The group had already cleared the Transportation Security Administration checkpoint and was waiting at the gate when she was asked to remove her hijab during a passport check.

TSA’s website indicates people “wearing head coverings, loose fitting or bulky garments may undergo additional security screening” at its checkpoints and that people may be asked to “remove the head covering in a private screening area.” Airlines conduct a separate passport check at the gate for international flights, but Air Canada does not appear to have a publicly posted policy about head coverings.

Fatima explained to the airline agents that she wears a hijab for religious purposes.

“Hijab is a religious requirement for Muslim women as a form of modesty,” Fatima’s father, Magdy Abdelrahman told USA TODAY. “Head covering is a common tradition for many religions, not only Islam. You might compare it to nuns who have to cover their hair.”

When airline agents continued to insist Fatima remove the headscarf, she requested a private screening area.

Instead, a female Air Canada agent brought her into a tunnel near where passengers were meant to board, she said.

“I told her, ‘this is an open space; people can see me,'” Fatima said, noting that she also pointed to security cameras.

The agent dismissed Fatima’s concerns and asked her to take the hijab off. When she did, Fatima said the woman barely looked at her to compare to her passport photo. She doesn’t know if anyone else saw her without her headscarf.

The incident occurred Aug. 1. Now the Council on American-Islamic Relations (CAIR) has filed a complaint letter with Air Canada for the incident with the now-13-year-old.

Air Canada has not responded to USA TODAY’s multiple requests for comment.

Air Canada told Fatima to remove the headscarf, she said, because in her passport photo, she wasn’t wearing a hijab.

When she took the passport photo she was 9-years-old. At that age, she said, she didn’t yet wear a hijab.

“You’re supposed to start wearing a hijab once you reach the age of puberty,” Fatima said, noting she began wearing one when she turned 11.

“A passport is valid for five years; it was a passport from when she was a child,” her father said. “She keeps the hijab on all the time; she was not deciding not to have it on in the passport.”

She keeps it on when she’s playing squash competitively, too.

After Air Canada agents made her remove her hijab, she texted her family, furious.

“. @AirCanada pls explain why you pulled aside my 12yr old sister for flight 758 making her take off her hijab AT THE GATE?? AFTER she already passed security??” she wrote.
“Thx for ruining her experience as the first U.S. National Team Squash player in Hijab + her first time traveling alone.”