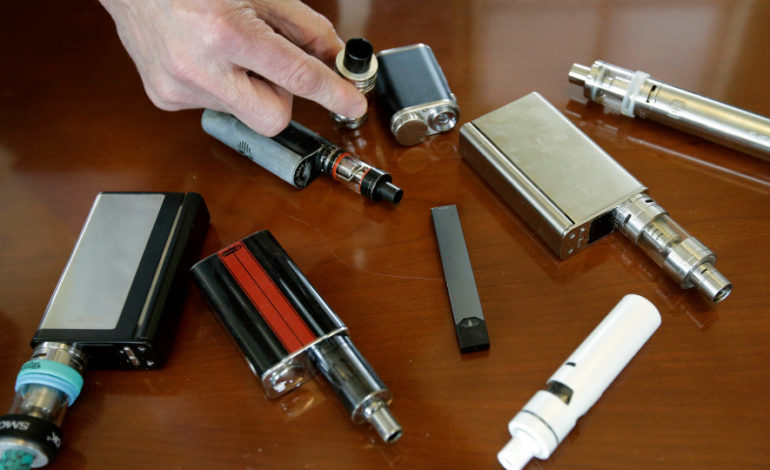 Whitmer’s office has defended the ban, but U.S. District Judge Robert Jonker is also considering a request to temporarily stop it after a case was filed by Mister E-Liquid, a Michigan-based maker of flavored vape juices, the Metro Times reported.

Jonker said he would consider the company’s request for a preliminary injunction after giving the state 14 days to respond.

Law enforcement authorities in Macomb County and Westland said they will begin inspecting vape shops this week to ensure they are in compliance with the new law.

“The purpose for these visits will be to educate the shop owners on the emergency rules issued by the Department of Health and Human Services and ensure that the shops do not have any prohibited products offered for sale,” Westland Police Chief Jeff Jedrusik said in a news release. “We will have a team of community officers on the road for the next few days reminding them of the ban.”

Whitmer became the first governor to introduce a ban since a vaping-related lung illness was discovered in July that may be fatal. On Friday, the Centers for Disease Control and Prevention said the illness appears to be linked primarily to black-market cannabis vaping, the report said.

Other states banning nicotine vaping products include New Jersey, Massachusetts, and New York. Retailers in Michigan are now prohibited from selling every type of vape except tobacco flavors, and the ban also includes menthol flavors.

According to a report from MLive.com, some Michigan residents have said they would drive to Ohio to purchase the flavored vaping products, which critics say are improperly marketed to children because of their flavors. Others, including former cigarette smokers, say the flavors are necessary for them to help kick their addiction to cigarettes, which have far more deleterious health effects.