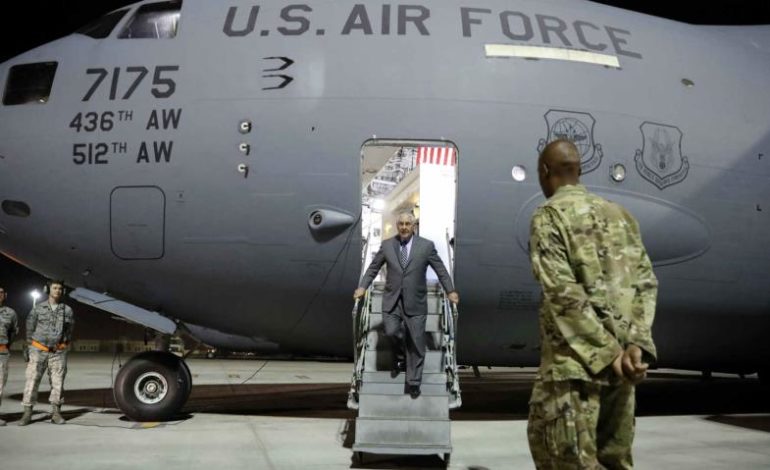 Although Al Udeid Air Base in Qatar still is home to thousands of Americans, the ability to carry out command and control functions from South Carolina means that the chances of a “Pearl Harbor” type of strike by the Iranians on the base is limited but not completely avoidable. It also perceived that it won’t take the U.S. seven months to regain the initiative as it did in WWII.

This shift shouldn’t be a reduction in the commitment to American allies in the region. Rather, it’s a recognition that Iran might strike U.S. bases and the U.S. wants to be able to quickly retaliate.

This operational headquarters is where daily combat operations for Iraq, Syria, Afghanistan and the entire Gulf region are controlled. On a regular day, the command is controlling as many as 300 U.S. warplanes.

The plan is that any missile strike against the operational command in Qatar would bring the South Carolina command immediately online. The switch would be seamless and wouldn’t interfere with any combat operations taking place.

According to military analysts here in Washington, “with an operational command center in the U.S., American forces in the Middle East will be prepared for a regional conflict, especially one that involves Iranian attacks on U.S. command and control centers.”

The U.S. decided to practice switching operational control of U.S. military operations from Qatar to a facility in South Carolina that has never been used before. Last Saturday was the first test and the South Carolina command handled American operations for a 24-hour period before handing operations back to the command center in Qatar.

Current plans are for the South Carolina command center to take control for one day a month. It will then expand control to 8 hours a day. The alternate command center will always be manned in case of an attack in Qatar by the Iranians.

Without the Qatar-based command center, America’s ability to control operations in the Middle East would fall apart, leaving Iran an opening to carry out attacks across the region without any American intervention.

After the alleged Iranian missile strike on the Saudi refinery, U.S. officials realized that CENTCOM’s command facilities in Qatar were vulnerable to a “Pearl Harbor” style attack by Iranian missiles.

The specter of that defeat still resonates in the American military and the words “Pearl Harbor” still means a sudden, devastating military attack on the U.S.

On December 7, 1941, the Japanese killed more than 3,000 American sailors, soldiers and marines, while sinking a major part of the U.S. Pacific Fleet. It wasn’t until seven months later, at the Battle of Midway, that the U.S. regained the initiative.

Al Udeid Air Base is within range of Iran’s missile inventory.

Ironically, for a country that spends more than all but two nations on defense (China and the U.S. surpass Saudi Arabia), the Saudi air defense system needs a multi-layered air-defense system.

That flaw in its air defense system isn’t limited to Saudi Arabia. The U.S. is also vulnerable to low flying missiles, which forced the Americans to look at its CENTCOM command in Qatar.

The alleged Iranian attack on the Saudi oil refinery was an eye opener for the U.S. military. While the U.S. had made use of low flying cruise missiles, they were unprepared to defend themselves from such an attack. The Saudis had a sophisticated air defense system that is much like what the U.S. and NATO has — one that can stop high altitude ballistic missiles and aircraft. It had American Patriot missile defense, German Skyguard air defense cannons and French Shahine mobile air defense.

While the alleged Iranian-made cruise missile flew under the operational envelope of the Patriot, the French Shahine and German Skyguard radar have a limited detection range for low flying missiles. There is also a question about the competency of Saudi soldiers manning the air defense systems. Are they able to react fast enough to defeat low flying missiles?

That’s why the U.S. recently temporarily moved operations from the American base in Qatar to a command center in South Carolina.

The American defeat at Pearl Harbor allowed the Japanese to run rampant over Asia, conquering a large swath of the continent from Burma to the Solomon Islands. The Dutch, British, Australian and American ships available couldn’t stop the Imperial Japanese fleet.