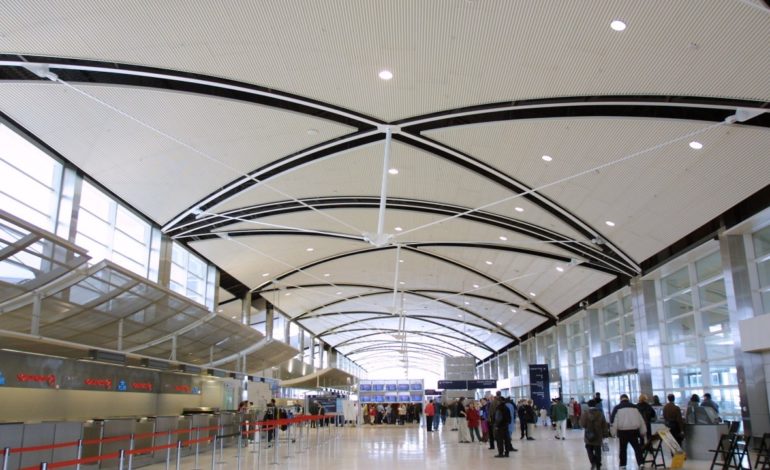 The 2019 North America Airport Satisfaction Study surveyed how satisfied 32,276 U.S. and Canadian travelers were with mega, large and medium airports in North America, and considered six metrics — from airport accessibility to baggage claim.

The rise of Detroit Metropolitan Wayne County Airport (DTW) “to the top isn’t much of a surprise,” Michael Taylor, the travel intelligence lead at J.D. Power, told Yahoo Finance. “They’ve been near the top of the mega rankings the last few years.”

Construction issues in and around the DTW campus have held the airport back in previous rankings.

“With the finish of some road construction, access to DTW has improved, and that’s a key to success,” Taylor said.

What has been a surprise is how far DTW has come.

“DTW is an American airport success story,” Taylor said. “A decade or so ago, it was a very poorly rated airport. Today they’re at the top of the mega category.”

Other mega airports haven’t had the same good fortune.

“Airports located in dense, urban areas do have difficulties achieving high scores … [and it’s] mostly due to traffic congestion on the way to the airport,” he said.

“Rush hour in New York, Los Angeles or Boston isn’t exactly conducive to a quick, efficient trip to the airport,” he said, noting that 9/11 “threw a monkey wrench into airport improvement plans at these mega airports.”

The good news for jet-setters is that change is coming.

“We’re in the midst of billions of dollars of improvements at almost every major airport in North America,” Taylor said. “Once completed, many major airports will be considerably improved with better service and amenities for passengers.”

It’s important to note that airline rankings can vary based on source and metrics.

For instance, Yahoo Finance previously reported that San Diego International Airport was ranked the best airport in America by The Points Guy, because of impressive offerings within the terminal, such as restaurants and lounges.

In the Skytrax list, American airports are missing from the top ranks. The list pitted the U.S. against other countries like Singapore, Japan and South Korea. Airports in Asia and Europe came out on top.

This survey by J.D. Power specifically looked at passenger satisfaction with American airports.