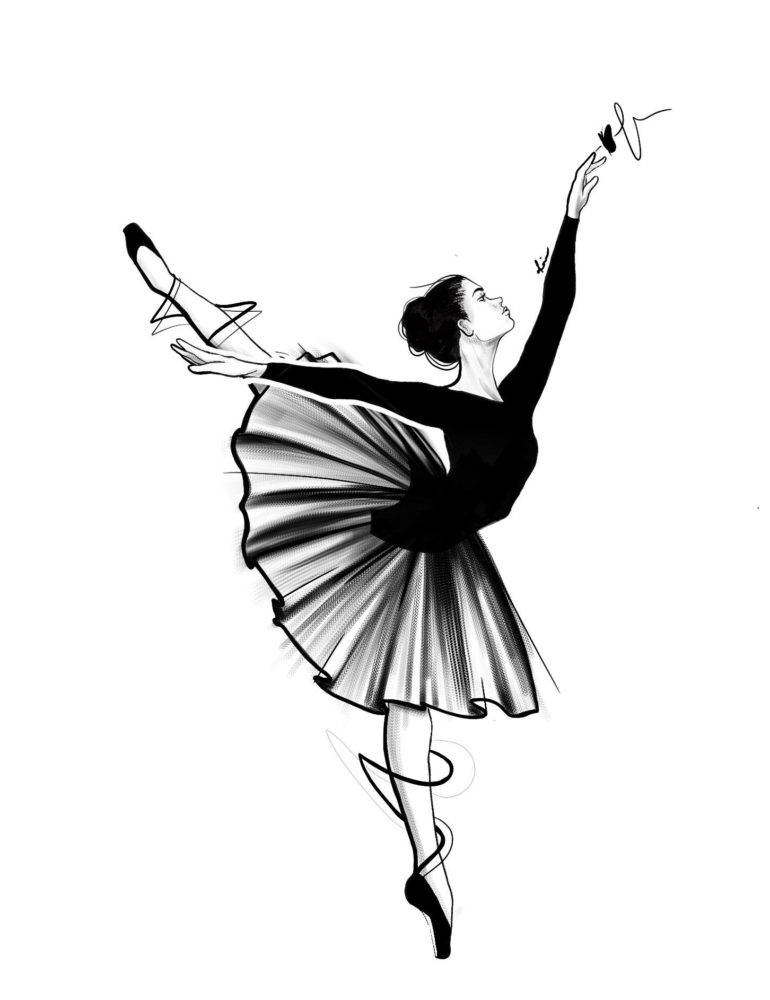 Rowaida Omar, a 22-year-old Egyptian American artist, draws digital sketches she says are a reflection of what she sees in her life and surroundings.

She said she’s been drawing since she was a young child. As she grew up, she turned to a digital medium for convenience of use and sharing her art online.

“It just kind of grew with me,” she said. “When I got an inspiration it would just be quick and I had my phone on me. Then I got my iPad five months ago and that has helped a lot to expand my work.”

Omar grew up in Ohio, but spent a lot of time in Michigan as a child and now lives in Dearborn. She is a senior and interior design major at Eastern Michigan University.

“I tend to be inspired by things that are more dark in nature, like death and rebirth,” Omar said. “Death is just a path to another journey. People see it as the end but it really isn’t.”

She said the death she draws is a spiritual one, not physical. “I’ve always been drawn to darker things, but I didn’t really understand it until I went through a spiritual journey,” Omar said. “My identity was kind of shaken and it lead me down a path to understand my actual soul rather than what I had been conditioned to be.”

Omar was brought up Muslim and let go of her beliefs around when she started college, she said.

“I do respect the religion, but I realized that it wasn’t something I wanted to attach myself to,” she said.

Omar said she doesn’t attach herself to any religion, but takes from all of them to form her own beliefs.

She said there was backlash from her community and family when she let go of the beliefs she grew up with because Arab culture is so tied to Islam.

Men in her community suddenly assumed, because she took off her scarf, that she was promiscuous, Omar said. “People assumed it was self-esteem issues too,” Omar said. “But for me it was an ideological change. It had nothing to do with the cultural things people thought came with that decision.”

Omar said her family has accepted her beliefs, but “it took a while.”

She also said she uses nature in her art to represent love.

“I draw a lot of grim reapers, shadows, females with nature-oriented powers,” she said, “all of the things we’ve been conditioned to believe we don’t have, that we’re not powerful or gifted. We’re human, but we can manifest unconditional love that is more powerful than love that is temporary and conditional.

“In the end it doesn’t matter what you are or who you’re trying to please,” she added. “If you can only love someone because they meet requirements, that’s not real love.”

Omar’s digital drawings can be purchased from her via her instagram profile @rowaidaomar.