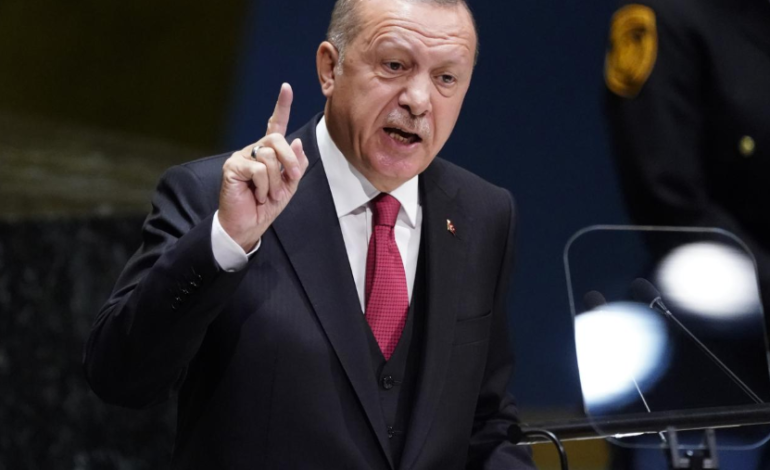 ISTANBUL ⁠— Several new developments emerged this week in the ongoing case of the murder of Saudi Arabian journalist Jamal Khashoggi, as Turkish President Tayyip Erdogan insisted on Monday that Turkey will continue pushing for the truth in the case.

On Monday, Erdogan said Turkey still wanted to know where his body was and who had authorized the operation, suggesting it was carried out by agents of a “shadow state” in Saudi Arabia according to a report by Reuters.

Bin Salman said in an interview with CBS that he had “absolutely not” ordered the killing of Khashoggi, although he did say he bore responsibility for his death as the leader of his country.

Eleven Saudi suspects have been put on trial in secretive proceedings thus far, but only a few hearings has been held. A U.N. report has called for bin Salman and other senior Saudi officials to be investigated.

The CIA and some Western governments have said they believe the prince ordered the operation, which Saudi officials have repeatedly denied. Khashoggi, a Washington Post columnist and Saudi journalist, had become a vocal critic of the prince’s policies.

Khashoggi was last seen entering the Saudi consulate in Istanbul on October 2 of last year, where he was to receive papers prior to his wedding. But his body was dismembered and removed from the building according to Turkish officials, and his remains have not been found.

Erdogan said in an article for the Post that the fact that the killers traveled on diplomatic passports and “turned a diplomatic building into a crime scene” set a dangerous precedent, Reuters reported.

“Perhaps more dangerous is the impunity that some of the killers seem to enjoy back in the kingdom,” he wrote, criticizing the near-complete lack of transparency on the hearings.

Erdogan said he still views Saudi Arabia as a friend and ally but said he would not hold back.

“The 15-member assassination squad that murdered Khashoggi inside Saudi Arabia’s consulate in Istanbul and chopped his body into pieces served the interests of a shadow state within the kingdom’s government,” Erdogan said without elaborating.

Saudi Arabia has put 11 people believed to be involved in the murder on trial thus far, calling it a “rogue operation.” Five of them may face the death penalty.

Last month, the Turkish newspaper Sabah wrote about the “Secret Tapes of the Khashoggi Murder”, during which it released a transcript of his final words.

“There is a towel there,” Khashoggi said. “Will you have me drugged?”

“We will put you to sleep,” Salah al-Tubaigy, a forensic chief at the Saudi Interior Ministry, replied. Al-Tubaigy is an alleged member of a 15-member government hit squad accused of carrying out the murder. Al-Tubaigy and his colleagues discussed how to dismember and remove the body prior to carrying out the murder, the tapes allegedly revealed according to a BBC report.

While being drugged, Khashoggi pleaded, “Do not keep my mouth closed. I have asthma. You will suffocate me.”

They were his last words, the newspaper said.

Meanwhile, a vigil was held in Istanbul Wednesday commemorating the one-year anniversary of Khashoggi’s death.

“I still seek justice,” his Turkish fiance said in a speech at the vigil.

“I want to know what happened to his body. I want his friends to be released from jail. I want that those in power are held accountable for their actions.”