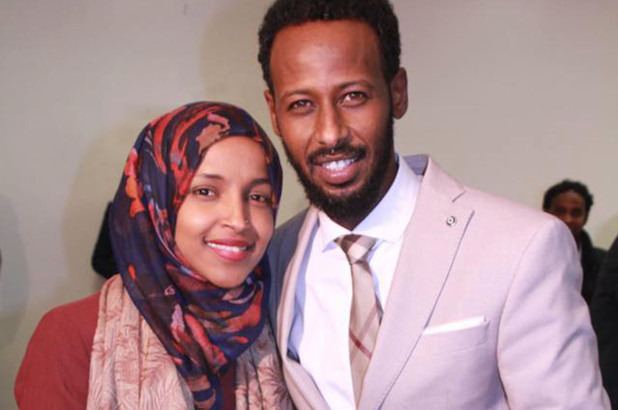 MINNEAPOLIS — United States Representative Ilhan Omar (D-MN) has filed for divorce from her husband, citing an “irretrievable breakdown” of her marriage.

Omar, who became the first Muslim American woman to serve in the House of Representatives along with U.S. Rep.  Rashida Tlaib (D-Detroit), filed for divorce from Ahmed Hirsi on Friday in Minnesota’s Hennepin County District Court. The pair had been legally married since 2018 but have been together for years, the Detroit News reported.

Omar signed the petition on Friday in Burkina Faso. The petition doesn’t elaborate on what led to the divorce, however.

The news comes more than a month after a Washington, D.C. woman accused Omar of having an affair with her husband.

When she was asked at the time if she was separated from her husband or dating someone, Omar told WCCO-TV, “No, I am not.” She has since declined to discuss any further details of her personal life.

“As with all marriages, this is intensely personal and a difficult time for their family,” Omar’s attorney Jaime Driggs said in a statement on Monday. “For years, Ilhan and Ahmed have been the object of speculation and innuendo from political opponents and the media.”

Driggs added that the situation has taken a toll on the family, declined further comment and said Omar wished for privacy going forward.

The attorney did not answer when asked directly if Omar had an affair, and instead referred back to his statement. A message to Omar’s office seeking comment was not returned.

An attorney for the court case was not listed for Hirsi, and his phone number was not immediately available. He also did not return emailed requests for comments.

Omar previously had a period of separation in which she married Ahmed Nur Said Elmi. But Hirsi is her longtime husband and the father of her three children. She legally married him in 2018 according to marriage license and divorce records.