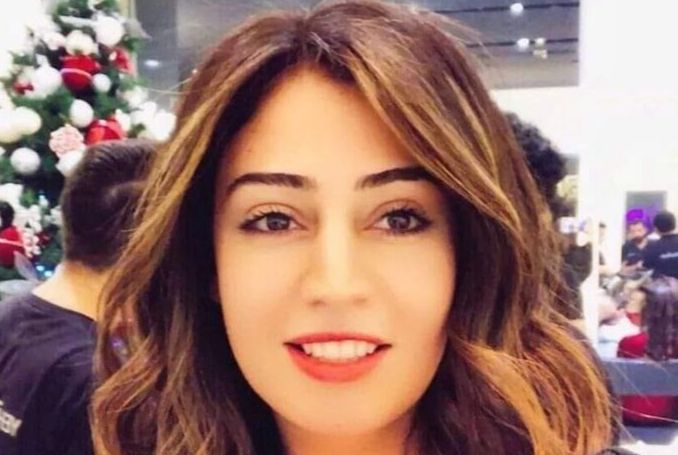 Heba, a Jordanian citizen, was detained at the al-Karameh crossing (Allenby Bridge) on her way from Jordan to the West Bank to attend a wedding in the Palestinian city of Nablus.

On August 20, Heba Ahmed al-Labadi fell into the dark hole of the Israeli legal system, joining 413 Palestinian prisoners who are currently held in so-called administrative detention.

On September 26, Heba and seven other prisoners declared a hunger strike to protest their unlawful detention and horrific conditions in Israeli prisons. Among the prisoners is Ahmed Ghannam, 42, from the village of Dura, near Hebron, who launched his hunger strike on July 14.

Administrative detention is Israel’s go-to legal proceeding when it simply wants to mute the voices of Palestinian political activists, but lacks any concrete evidence that can be presented in an open, military court.

Not that Israel’s military courts are an example of fairness and transparency. Indeed, when it comes to Palestinians, the entire Israeli judicial system is skewed. But administrative detention is a whole new level of injustice.

The current practice of administrative detention dates back to the 1945 Defense (Emergency) Regulations issued by the colonial British authorities in Palestine to quell Palestinian political dissent. Israel amended the regulations in 1979, renaming them to the Israeli Law on Authority in States of Emergency. The revised law was used to indefinitely incarcerate thousands of Palestinian political activists during the Palestinian Uprising of 1987. On any given day, there are hundreds of Palestinians who are held under the unlawful practice.

The procedure denies the detainees any due process, and fails to produce an iota of evidence to as why the prisoner — who is often subjected to severe and relentless torture — is being held in the first place.

Heba, a Jordanian citizen, was detained at the al-Karameh crossing (Allenby Bridge) on her way from Jordan to the West Bank to attend a wedding in the Palestinian city of Nablus.

According to the Palestinian Prisoner Solidarity Network Samidoun, Heba was first held at the Israeli intelligence detention center in Petah Tikva, where she was physically abused and tortured.

Torture in Israel was permissible for many years. In 1999, the Israeli Supreme Court banned torture. However, in 2019, the court explicitly clarified that “interrogational torture is lawful in certain circumstances in Israel’s legal system.” Either way, little has changed in practice before or after the Israeli court’s “clarification.”

Of the dozens of Palestinian and Arab prisoners I interviewed in recent months for a soon-to-be published volume on the history of the Palestinian prison experience, every single one of them underwent a prolonged process of torture during the initial interrogation, that often extended for months. If their experiences differed, it was only in the extent and duration of the torture. This applies to administrative detainees as much as it applies to so-called “security prisoners.”

Wafa Samir Ibrahim al-Bis, a Palestinian woman from Jablaiya refugee camp in Gaza, told me about the years she was held in Israeli jails.

“I was tortured for years inside the Ramleh prison’s infamous ‘cell nine’, a torture chamber they designated for people like me,” she said.

“I was hanged from the ceiling and beaten. They put a black bag on my head as they beat and interrogated me for many hours and days. They released dogs and mice in my cell. I couldn’t sleep for days at a time. They stripped me naked and left me like that for days on end. They didn’t allow me to meet with a lawyer or even receive visits from the Red Cross.”

Heba is now lost in that very system, one that has no remorse and faces no accountability, neither in Israel itself, nor to international institutions whose duty is to challenge this kind of flagrant violation of humanitarian laws.

While Israel’s mistreatment of all Palestinian prisoners applies equally regardless of faction, ideology or age, the gender of the prisoner matters insofar as the type of torture or humiliation used. Many of the female prisoners I spoke with explained how the type of mistreatment they experienced in Israeli prisons seemed often to involve sexual degradation and abuse. One involves having female prisoners strip naked before Israeli male interrogators and remaining in that position during the entire duration of the torturous interrogation that may last hours.

Khadija Khweis, from the town of Al-Tour, adjacent to the Old City of occupied East Jerusalem, was imprisoned by Israel 18 times, for a period ranging from several days to several weeks. She told me that,“on the first day of my arrival at prison, the guards stripped me completely naked.

“They searched me in ways so degrading, I cannot even write them down. All I can say is that they intentionally tried to deprive me of the slightest degree of human dignity. This practice, of stripping and of degrading body searches, would be repeated every time I was taken out of my cell and brought back.”

Heba and all Palestinian prisoners experience humiliation and abuse on a daily basis. Their stories should not be reduced to an occasional news item or a social media post, but should become the raison d’être of all solidarity efforts aimed at exposing Israel, its fraudulent judicial system and Kangaroo courts.

Israel should be held accountable for all of this. Rights groups and the international community should pressure Israel to release Heba al-Labadi and all of her comrades, unlawfully held in Israeli prisons.

‘Zionist’ Biden in his own words: ‘My name is Joe Biden, and everybody knows I love Israel’