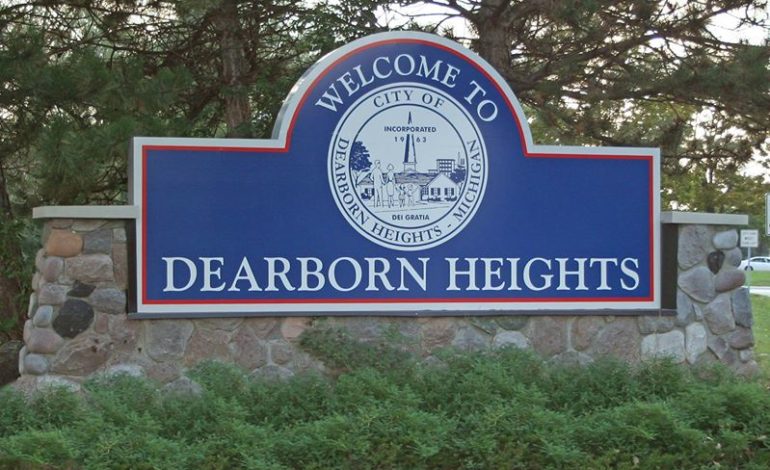 DEARBORN HEIGHTS — Six candidates will vie for three seats on the Dearborn Heights City Council in the November 5 elections, as the three incumbents will face three challengers.

The city had a population of 57,774 as of the 2010 U.S. Census, and includes a growing number of Arab American residents, many of whom are small business owners.

Despite the many positive developments under the leadership of Mayor Dan Paletko, controversy has been a part of the city’s story so far this year. In May, an attempted lawsuit by City Council President Denise Malinowski Maxwell was denied in Wayne County Circuit Court.

With the election looming, candidates are preparing to make their respective pitches to voters. They sat down to answer questions from The Arab American News to better inform readers on their personal backgrounds, as well as their plans for helping to improve the city.

The questions are as follows:

1. Can you give us your basic background information please? Including your marital status, work experience, civic experience, age, city of residence and any other relevant details.

2. What are the top three most important issues facing the city that you want to handle in your term after being elected?

3. How do you see the recent problems facing the city, especially on the Council, regarding the disagreements and lack of cohesion among Council members and with current Mayor Dan Paletko? Also, how do you see this being resolved?

Below are the candidates’ answers. 1. I bring over 30 years of leadership and community advocacy to the city of Dearborn Heights. Elected in November 2011, this is my second term (eight years) serving as a City Council member.

I am an educator by trade, for nearly 23 years, with classroom experience and managing child development centers. I serve on the Michigan Municipal League’s Municipal Services Committee and served on several Southeast Michigan Council of Governments task forces, and was the national award recipient for the Regional Redevelopment and Economic Development task forces.

2. I have completed informal surveys of our residents. The top three concerns include the Ecorse Creek flooding, for which I continue to work with county, state and federal leadership, as well as the Army Corps of Engineers, establishing a funding mechanism for the project needed to reduce flooding liabilities for our community.

The second priority would be to continue to be actively engaged and available to our citizens. We must provide visioning sessions, town halls and opportunities for our citizens to be engaged on subjects like economic development of business corridors, parks and recreation planning and strategies, including how the Warren Valley Golf Course will be utilized for expanded recreation opportunities.

3. The current concern may be easily resolved. The majority (five of seven) have by resolution, a legislative action, sought an audit of restricted funds.

To protect the taxpayers, I suggest a limited to one or two restricted funds, i.e. water fund and PEG fund accounts. Restrict time allocation to have it completed and control the spending. We must be responsible with the taxpayers’ dollars. The City Council has followed the appropriate legal channels. It is concerning that this has not been resolved.

It should be noted, the mayor is appealing a judge’s order, which adds additional expenses. Our community will not heal and move on until this item is resolved. It hurts the community, including economic development and investments. 1. I am 65-years-old and I am married to Lisa for 26 years. I have three children and five grandchildren and have been living in Dearborn Heights for over 50 years. I graduated from Crestwood High and attended trade school while working for Ford as a skilled tradesman for 42 years.

I have been a councilman now for four years and attended Council and study sessions on a regular basis for more than 10 years before I was elected in 2015. Many of the other candidates never until just recently have attended meetings (maybe a total of four meetings). This alone should show the voters who is up-to-date with what is going on and what really troubles our residents.

2. There are so many issues that I don’t know how any one could put one above the other. In the south end of the city it’s the flooding. This is something the city needs help with from the state and federal government.

What I ran on in my first term was “blight.” I still believe it is a problem that brings down the home values for everyone. This can be fixed with more full time ordinance officers and really enforcing all the ordinances we already have. Let’s not turn a blind eye, when driving by. And now for “transparency.” How to fix it, well we need just to keep up the pressure, asking the proper questions and having the proper paperwork.

3. I believe that the Council gets along real well. There are many times that votes are unanimous and most of the time there is a super majority of at least five of the same votes. As far as the division between Council members and the mayor, I think the mayor needs to be more transparent in all his dealings and keep the Council better informed on information that is given to us late or not given at all. Maybe the mayor could answer this question better; it seems to me he’s the one having difficulties. 1. I’m married to my wife, Lina, and I have three adult children, Ronda, Alina and Hisham. Civic experience-wise, I am on my second term with City Council.

I’m also on my second term right now as commissioner for Middle Eastern Affairs for the state of Michigan. I’ve been on the board of directors or chairman of the board for many organizations.

Right now, I’m 53 and I live in Dearborn Heights.

As a 31-32 year realtor I’ve learned a lot about the needs of the residents in this community and I’m able to serve them based on that experience. My background is in education from the University of Michigan. I have a degree in finance and marketing. I also have a lot of political experience, having worked on different campaigns, elected officially myself. I have balanced experience in all facets.

2. Number one, I want to continue to work on developing the area and continuing to push for new businesses to come into the city, which will help revitalize the major thoroughfares in the area, Warren Avenue, Van Born, Telegraph, Ford Road.

3. First of all, disagreements are natural. When you have seven members you’re going to have a difference in opinion. To me, that’s healthy. What is unhealthy is when there’s a lack of civility and there’s more yelling and screaming vs. debating and disagreeing. We’re never going to come to a full agreement, you always will have a majority and a minority.

How I see this being solved, people have to take their personal interests out of it and just serve the city. 1. I’ve been a Dearborn Heights homeowner and resident for 47 years. I’m 71-years-old.

Both of my adult children went to District 7 schools and graduated with honors, then went off to Henry Ford for two years. One went to Lawrence Tech and the other went to Eastern Michigan University.

I retired from UAW/Ford after 34 years of service. I dealt with customer concerns and I was part of the political action group at the UAW.

2. The top three most important issues for are public safety, stopping the flooding and eliminating the blight and finger-pointing.

3. It is a shame the way the Council disagrees with the mayor and are spending money that is needed for important issues in the city. They need to take care of the issues at hand and not finger-point and not assume things that they have not investigated before they talk.

When elected I will start by telling the Council to check out everything before they come to the table and talk without knowing what is going on first, and to stop the foolishness. Let’s take care of the resistance and stop throwing money away. We all need to work together to keep Dearborn Heights the great community we all love.

Most of all we need to support our local businesses in our city first. Thank you. 1. My name is Stephen Henry. I am 64-years-old and I was born in Inkster, Michigan. I am a veteran of the United States Navy and a widower after 42 years of marriage. I have four daughters and two grandchildren with a third on the way.

2. My top priorities once elected will be to continue to address the flooding, develop our business districts and work to make our Parks and Recreation better.

3. My City Council candidacy is built upon three simple principles: Leadership, commitment and unity. I pledge: To promote a cooperative spirit that fosters growth and ends unproductive divisiveness. To listen twice as much as I speak, inspiring others with my actions but not diminishing the power of my voice. Remember what makes Dearborn Heights great: The rich diversity of its citizens and to encourage the traditional values of faith, family and responsibility. 1. I am married to the love of my life for the past 36 years. We live in a condominium in Dearborn Heights that I helped develop. I have a married daughter. I am 74-years-young. I have been a self-employed realtor for 31 years in the western suburbs of Detroit.

I am the government affairs chairman of the Greater Metropolitan Association of Realtors (over 9,000 strong). I have helped implement the Neighborhood Stabilization Program for the municipal governments of Westland, Livonia and Redford. I am a member of the William D. Ford Career-Tech Center Advisory Board, Dearborn Heights precinct delegate and a former member of the Livonia Board of Canvassers. My real estate experience in resolving problems has taught me to work with the most disagreeable.

2. The City Council and administration must work together. They need to start working for the citizens of Dearborn Heights instead of promoting their political careers.

I will work to ensure the flooding issues that have plagued us for too long are finally fixed.

We need sensible economic development and the elimination of blight. Bad decisions have been made resulting in restricting trade. We have too many blighted homes on the south end. Our streets and sidewalks are being in need of repair. My experience working with municipalities will result in more owner-occupied homes.

3. I’m embarrassed when I watch the City Council meetings. We have a real lack of leadership. The Council and mayor argue and sue each other while the south end of the city is flooding.

Our city needs to function as a body. We need to bring back transparency and common sense so that taxpayers know how their tax dollars are being spent. I will demand transparency while restoring respect.

We need to get back to representing our citizens. We can disagree without being disagreeable.

I keep hearing that the numbers don’t add up, that we need a forensic audit. To this date, no one has shown me any discrepancies. When considering the hostilities of the parties, we should probably have an outside auditing firm do detailed accounting of specific areas of concern over the period of years in question. A forensic audit is very expensive and should be done as a last resort.

I have evolved into believing that term limits may be a solution as well. Too many members have been involved for too long. We need a fresh look at stale problems.