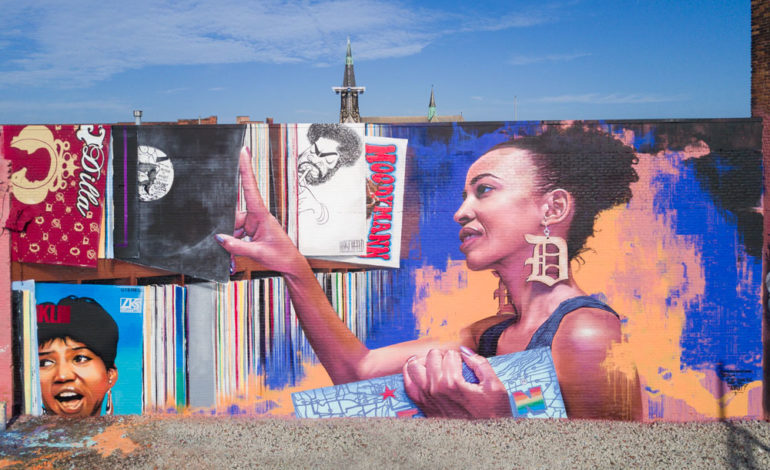 DETROIT — A group of Arab American artists accepted the John S. and James L. Knight Foundation’s 2019 Knight Arts Challenge Detroit at an evening event at the Garden Theater in Detroit on Thursday.

The artists are recipients of various generous grants furnished by the foundation. The Knight Foundation named 36 winners, chosen from hundreds of ideas submitted earlier this year. The Knight Foundation said the initiative, now in its seventh year, seeks to find and fund the best ideas for engaging and enriching Detroit through the arts.

Here is a list of Arab American winners and a brief description of their works:

To explore what it means to be a contemporary Arab artist through a series of month-long programming opportunities and a group exhibition.

To support a diverse range of creators who are marginalized in comic and printmaking spaces by publishing two graphic novels by first-time authors.

To amplify the stories of Arab Americans by developing a slate of feature films, web series and television pilots in collaboration with Detroit-based Arab American writers, filmmakers and artists.

Reflecting the quality and range of creative ideas in the city, the 2019 challenge winners represent a broad variety of disciplines, including film, theater, literature and music.

According to the Knight Foundation, this year’s winning projects, which will share $1,385,000, seek to:

The individuals and organizations behind this year’s winning ideas will join more than 275 previous Detroit winners recognized since the challenge launched in the city in 2013.

“We fund the arts because of their unique ability to tell the stories of our communities, connecting people to each other and to place,” said Victoria Rogers, vice president for arts at the Knight Foundation. “These Knight Arts Challenge winners put that belief into action in Detroit.

“Detroit’s artists and creators play a key role in acknowledging Detroit’s past and shaping its future. We can’t wait to see these winning projects come to fruition, telling Detroit’s stories, connecting residents through shared experiences and contributing to the vibrancy of a great city.”