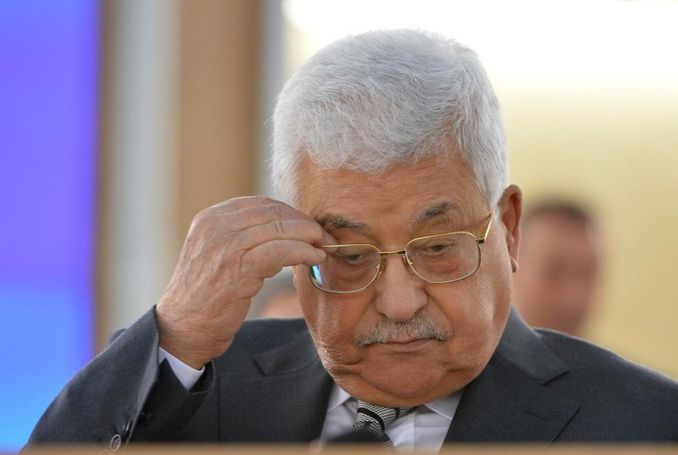 The call by Palestinian Authority President Mahmoud Abbas for elections in the occupied territories is a political ploy. There will be no true, democratic elections under Abbas’ leadership. The real question is: Why did he make the call in the first place?

On September 26, Abbas took on the world’s most important political platform, the United Nations General Assembly, to call for “general elections in Palestine — in the West Bank, including East Jerusalem and the Gaza Strip.”

The Palestinian leader prefaced his announcement with a lofty emphasis on the centrality of democracy in his thinking. “From the outset, we have believed in democracy as a foundation for the building of our State and society,” he said with unmistakable self-assurance. But, as it turned out, it was only Hamas — not Israel, and certainly not the PA’s own undemocratic, transparent and corrupt legacy — that made Abbas’ democratic mission impossible.

Upon his return from New York, Abbas formed a committee, whose mission, according to official Palestinian media, is to consult with various Palestinian factions regarding the promised elections.

Hamas immediately accepted the call for elections, though it asked for further clarifications. The core demand for the Islamic group, which controls the besieged Gaza Strip, is a simultaneous election that includes the Palestinian Legislative Council (PLC), the PA presidency and, most importantly, the Palestine National Council (PNC) — the legislative component of the Palestine Liberation Organization (PLO).

While the PLO has fallen under the tight grip of Abbas and a clique within his own Fatah party, the remaining institutions have operated without any democratic, popular mandates for nearly 13 years. The last PLC elections were held in 2006, followed by a Hamas-Fatah clash that resulted in the current political rift between the two parties. As for Abbas’ own mandate, that, too, expired sometime in 2009. It means that Abbas, who supposedly believes “in democracy as the foundation for the building of our State” is an undemocratically reigning president without any real mandate to rule over Palestinians.

Not that Palestinians are shying away from making their feelings clear. Time after time, they have asked Abbas to leave. But the 83-year-old is bent on remaining in power — however one defines “power” under the yoke of Israeli military occupation.

The prevalent analysis following Abbas’ call for elections is that such an undertaking is simply impossible, considering the circumstances. To begin with, after winning U.S. recognition of Jerusalem as Israel’s capital, Israel is unlikely to allow the Palestinians to include occupied East Jerusalem in any future vote.

Hamas, on the other hand, is likely to reject the inclusion of Gaza if the elections are limited to the PLC, and exclude Abbas’ own position and the PNC. Without a PNC vote, the reordering and resurrection of the PLO would remain elusive, a belief that is shared by other Palestinian factions.

Being aware of these obstacles, Abbas must already know that the chances of real, fair, free and truly inclusive elections are negligible. But his call is the last, desperate move to quell growing resentment among Palestinians, at his decades-long failure to utilize the so-called peace process to achieve his people’s long-denied rights.

There are three, main reasons compelling Abbas to make this move at this, specific time.

First, the demise of the peace process and the two-state solution, through a succession of Israeli and American measures, has left the PA, and Abbas in particular, isolated and short on funds. Palestinians who supported such political illusions no longer constitute the majority.

Second, the PA constitutional court resolved, last December, that the president should call for an election within the next six months, that is, by June 2019. The court, itself under Abbas’ control, aimed to provide the Palestinian leader with a legal outlet to dismiss the previously elected parliament — whose mandate expired in 2010 — and create new grounds for his political legitimacy. Still, he failed to adhere to the court’s decision.

Third, and most importantly, the Palestinian people are clearly fed up with Abbas, his authority and all the political shenanigans of the factions. In fact, 61 percent of all Palestinians in the West Bank and Gaza want Abbas to step down, according to a public opinion poll held by the Palestinian Center for Political and Polling Research in September.

The same poll indicates that Palestinians reject the entire political discourse, which has served as the foundation for Abbas and his PA’s political strategies. Moreover, 56 percent of Palestinians oppose the two-state solution; up to 50 percent believe that the performance of the current PA government of Mohammed Shtayyeh is worse than that of his predecessor and 40 percent want the PA to be dissolved.

Tellingly, 72 percent of Palestinians want legislative and presidential elections held throughout the occupied territories. The same percentage wants the PA to lift its share of the siege imposed on the Gaza Strip.

Abbas is now at his weakest political position since his advent to leadership, many years ago. With no control over political outcomes that are determined by Tel Aviv and Washington, he has resorted to making a vague call for elections that have no chance of success.

While the outcome is predictable, Abbas hopes that, for now, he would once more appear as the committed leader who is beholden to international consensus and the wishes of his own people.

It will take months of wasted energy, political wrangling and an embarrassing media circus before the election ploy falls apart, ushering in a blame game between Abbas and his rivals that could last months, if not years.

This is hardly the strategy that the Palestinian people — living under brutal occupation and a suffocating siege — need or want. The truth is that Abbas, and whatever political class he represents, have become a true obstacle in the path of a nation that is in desperate need of unity and a meaningful political strategy. What the Palestinian people urgently require is not a half-hearted call for elections, but a new leadership, a demand they have articulated repeatedly, though Abbas refuses to listen.