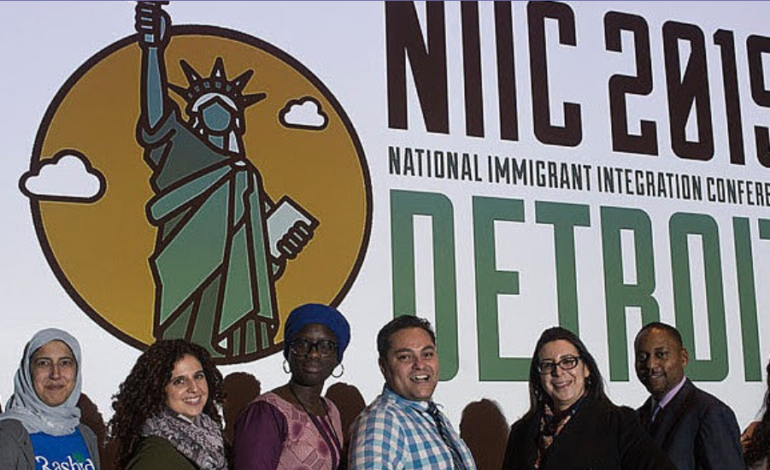 DETROIT — The Michigan United Organization, along with the Arab Community Center for Economic and Social Services (ACCESS) and the Michigan Immigrant Rights Center (MIRC), is hosting The National Immigrant Integration Conference on Sunday, October 20 through October 22 at the TCF Center (formerly the Cobo Center).

The conference is the largest of its kind in the United States discussing immigrant and refugee issues; and its goal is to bring people together to work towards common sense policies that uplift all communities, especially in today’s day and age where attacks on immigrants are on the rise.

“Immigrants and refugees remain at the epicenter of our national debates and politics, policy fights and in realms of hate, violence and xenophobia,” a release from the event said.

“Across our country, from our borders with Mexico and Canada to the heartland and beyond, America’s commitment to welcoming those seeking refuge has come under attack.

“And still, immigrants and refugees, our neighbors and family, are every day making vital contributions to our nation’s economy and welfare, shaping our society, raising their voices and working to ensure our democracy welcomes all.”

According to the Pew Research Center, the United States has more immigrants than any other country in the world. Today, more than 40 million people living in the U.S. were born in another country, accounting for about one-fifth of the world’s migrants in 2017. The population of immigrants reached record levels that year.

The event will take place at the TCF Center at 1 Washington Boulevard in Detroit on October 20 at 9 a.m. It runs through October 22 at 5 p.m. For more information or to register, visit https://www.miunited.org/events.

It will include a screen of the film “Politics & Popcorn: Time for People like Ilhan”, a session called “Fighting Hate”, which is about tracking hate movements across the country, and more.

Michigan United is a membership organization based on the work of its volunteers.