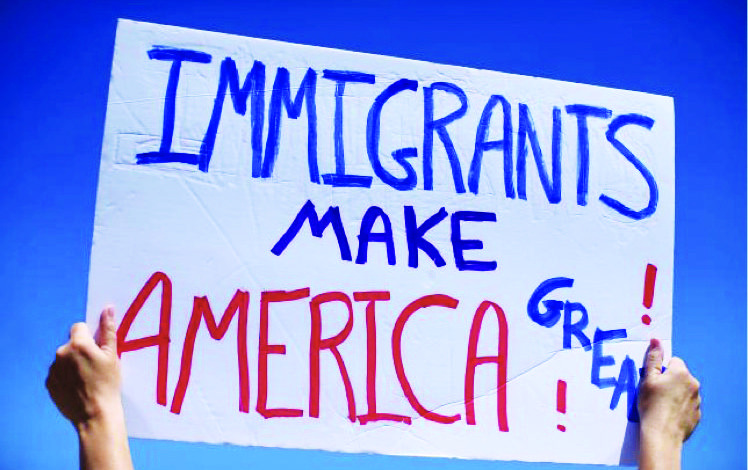 According to the report, foreign-born residents in Wayne County contributed $10.5 billion to the county’s GDP in 2017, or 11 percent of the total.

Detroit — New research from New American Economy (NAE), in partnership with the office of the Wayne County executive and Wayne United, reveals that immigrants contributed more than $10.5 billion to Wayne County’s GDP in 2017.

In addition to their financial contributions, including $430.5 million to Social Security and $110.6 million to Medicare in 2017, the report highlights how immigrants helped to offset and make up for population losses in Wayne County.

“When you look at the numbers, the economic case for inclusion and welcoming immigrants is irrefutable – Wayne County continues to benefit from its diversity dividend,” Wayne County Executive Warren C. Evans said in a statement. “As we try to build a more prosperous county and future, we need to help raise awareness about the key roles immigrants play across economic sectors and in our communities.”

The full report was released on Wednesday by Wayne County officials and community members at the Hamtramck Historical Museum. The report shows the significant contributions immigrants are making across key industries that are vital to Wayne County’s economy. Approximately 164,442 immigrants lived in Wayne County in 2017.

The Wayne County Executive’s Office emphasized certain statistics from the report at its release:

Wayne United is an initiative launched by Evans to partner with community, civic and business leaders to promote diversity and inclusion.

“Wayne County immigrants are playing a crucial role in boosting the population, contributing to the local economy and building a diverse and successful workforce,” said Kate Brick, director of state and local initiatives at New American Economy. “If Wayne County continues its work to support its immigrant population, all members of the community stand to gain.”

The report comes at an opportune time for the county, as it prepares to host a nationwide immigration policy conference penned NIIC (National Immigrant Integration Conference) taking place at the TCF Center, formerly known as Cobo Center, between October 20 and 22.

The conference will host speakers and analysts from varied backgrounds of academic and professional experience who’ll discuss pertinent issues surrounding immigrant integration in the U.S.

Evans is set to deliver a morning plenary at the conference.

A summary of the NAE report’s findings

All graphs/illustrations: New Americans in Wayne County: The demographic and economic contributions of immigrants in the county. NAE/Wayne County 2020. Out of this income, $736.3 million went to federal taxes and $345.9 million to state and local taxes, leaving $3.2 billion in spending power for these foreign-born households.

In 2017, foreign-born residents in the county contributed $10.5 billion to the county’s GDP, or 11 percent of the total.

The report shows that immigrants occupy critical jobs in several key industries such as manufacturing, construction, healthcare and education. The county estimates that immigrants living in the county helped create or preserve 7,564 local manufacturing jobs that would have otherwise vanished or moved elsewhere by 2017.

Despite comprising 9.4 percent of the county’s population, immigrants owned 16.3 percent of businesses in 2017. Also, 7,691 immigrant entrepreneurs lived in Wayne County, bringing in $145.3 million in revenue. With housing, 63.5 percent of immigrant households in the region owned their homes in 2017, compared to 61.6 percent of U.S.-born households.

Perhaps most importantly for those who believe the myth of immigrants leaving their homelands to enjoy free benefits without contributing to the economy, $426.3 million was the amount earned by undocumented immigrant households in 2017, with $28.1 million going to federal taxes and $18.5 million going to state and localities.