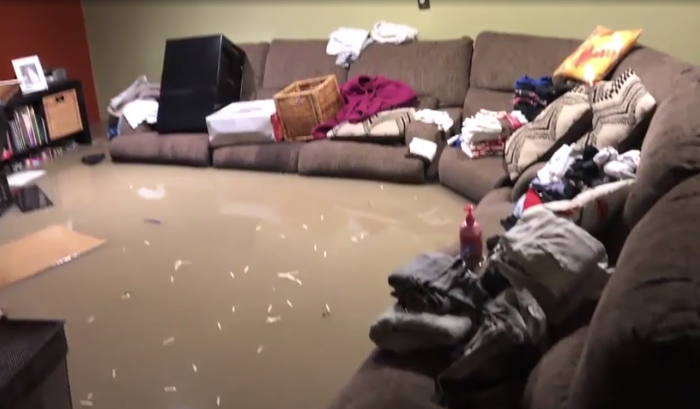 DEARBORN HEIGHTS — Multiple families in Dearborn Heights have been dealing with the aftermath of flooding this past week, a familiar problem in the city that has been the subject of discussion among candidates in November 5’s upcoming election.

“We wake up and all of our belongings were floating,” said Dearborn Heights resident Maurice Edwards to Fox 2 News. “The water made the toilet lift up.”

Edwards said he heard rushing water around 4 a.m. Saturday and his basement began filling up fast.

“My entire life was down here, I lost everything down here,” he said.

The smell of raw sewage was also prevalent in his basement.

“The smell is unbearable,” he said. “It was the city’s sewage in my basement.”

A city official came out to visit that morning after Edwards made a call to a plumber and Dearborn Heights City Hall.

Five other families also experienced similar problems according to the Fox 2 report. Edwards said a broken water main across the street was to blame for all the damage.

He’s spent thousands of dollars just to remove the damaged items from his basement, more than $12,000 in total. Three dumpsters worth of belongings, furniture, appliances and memories were hauled away.

Families in the area are being instructed to pay now for repairs and to fill out a flood form that will arrive by mail to get their money back, Fox 2 reported.

Flooding is a relatively common problem in Dearborn Heights, usually stemming from overflows in the Ecorse River in combination with high rain levels.

Fixing the issue is expected to be a major focus of the current and future administration following the November 5 elections.