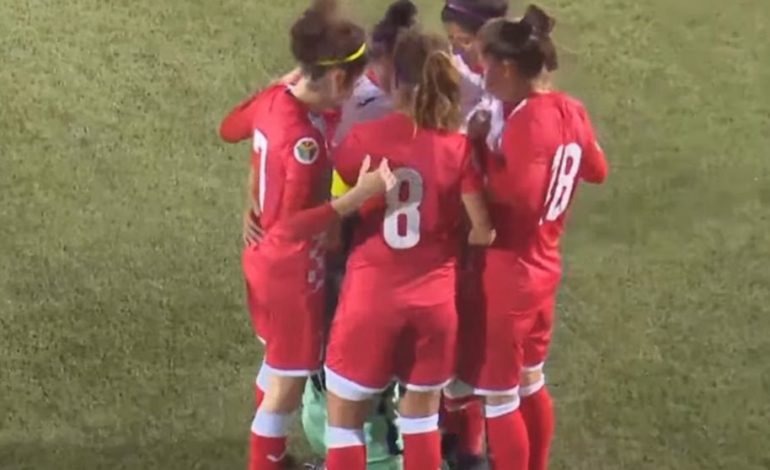 AMAN, JORDAN — A Jordanian soccer team is garnering praise for their sportsmanship after they formed a human shield to give privacy to a member of the opposing team whose hijab started to slip off her head.

The event happened in Aman at a 2018 Jordan Football Association Final Women’s League game, but the story has been picked up by several major news media outlets this month and shared widely on social media.

In a video of the event, a player, #16, kneels down to fix her hijab during the game after another player’s arm appears to brush up against her head.

Five members of Shabab al-Ordon Club, the opposing team, then walk up, forming a circle around her and giving her the privacy to adjust her hijab before the game resumes.

The player appeared to be a bit shaken up prior to kneeling down, but she appeared to be okay after walking away from the player’s circle after fixing her headscarf.

The players identified pictured in the video are Stephanie Naber (#8), Hiba Fakherdine (#18), Shurooq Shathily (#20), Yasmeen Khair (#7) and Noor Zoqash (#3). The organization said that #16 asked not to be named, according to a report from ABC News New York.

The video was shared by ESPN, the top sports website in the world, ABC, Fox News, and many top influencers on social media including Glennon Doyle, who is married to U.S. soccer star Abby Wambach.

“This is our mood today,” she wrote, in part. “When one of us needs us: We stop. We huddle up. We protect each other.”