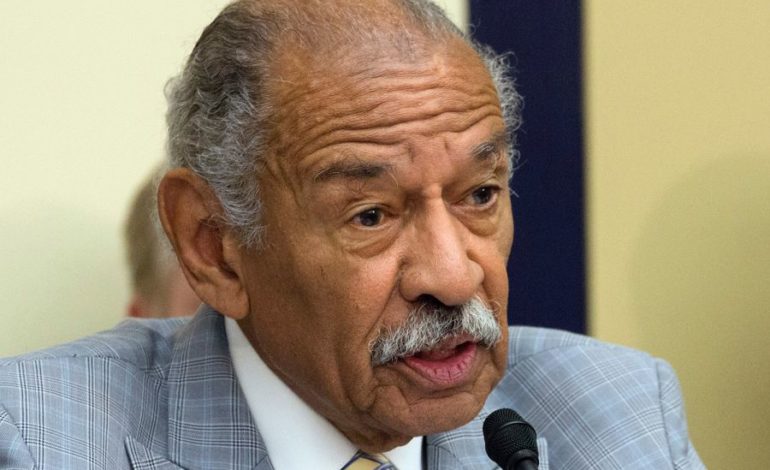 DETROIT – John Conyers, a Democrat who was the longest-serving African American member of the U.S. House of Representatives, serving for more than half a century, died on Sunday at the age of 90.

Conyers joined the House in 1965 and stepped down in 2017, after his reputation was sullied by sexual harassment accusations. The Detroit-area congressman was a founding member of the Congressional Black Caucus.
Just days after Martin Luther King was assassinated in 1968, Conyers introduced legislation to create a holiday honoring the civil rights leader. Conyers pursued the matter for 15 years until President Ronald Reagan signed it into law in 1983.

Civil rights pioneer Rosa Parks, who famously refused to give up her seat to a white passenger on a Montgomery, Alabama, bus in 1955, worked on his Detroit staff for more than two decades before retiring in 1988.

In November 2017, the House Ethics Committee said it was investigating allegations of sexual harassment against Conyers, who said his office had resolved a harassment case with a payment but no admission of guilt.

The allegations arose as Congress reviewed how to handle sexual harassment complaints and followed a string of similar accusations against prominent figures in the U.S. media, Hollywood and politics. Conyers stepped down on Dec. 5, 2017, although saying the harassment allegations were “not true.”

Conyers had been doggedly critical of the U.S. drive to launch the Iraq war, calling in 2005 for Congress to censure President George W. Bush and Vice President Dick Cheney for misleading lawmakers and the American people.