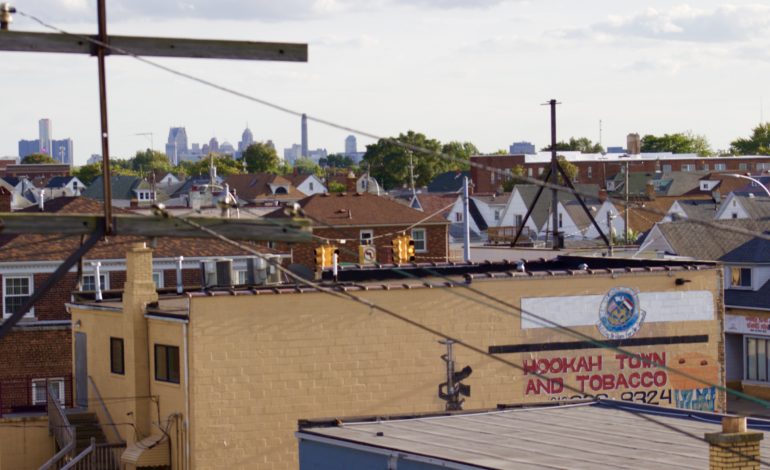 HAMTRAMCK – Six candidates are vying for three seats on the Hamtramck City Council in the November 5 general election. City Council is the only item on the ballot for the densely populated and culturally diverse city nestled within Detroit.

The two-square-mile city of almost 23,000 residents continues to face big challenges, with the vagaries of the automotive capital producing everlasting shifts in its economy and population, and a not-to-distant bout with fiscal disciplining through state intervention.

As such, the economy, wrapped up in neatly packaged promises of incentivizing economic development, clearly remains the issue for most candidates.

It does, at least, for those available to answer the following questionnaire, put together by The Arab American News. Former Hamtramck City Councilman and mayoral candidate Mohammed Hassan said he was “not interested” in answering our Meet the Candidate questions.

The three questions are: 1. I’m Saad Almasmari, husband and father of three children. I’m originally from Yemen and came to America back in 2009. I’m a Hamtramck resident since I landed in this great nation. I’m a community activist and social person who cares about what’s going on my town. In 2014 I ran for Hamtramck School board, but I did not make it and used that experience to run for Hamtramck City Council in 2015. On the election I was the highest vote-getter. I know it was a great chance for me to serve my community.

2. As a current Council member I am very familiar with the issues that my community faces. There are many issues, but my priorities are as follows: First, to focus on our budget and emphasize that every dollar is well-spent and reflected as a services for our residents. Second is to fix our streets and alleys; and I have been working for the past four years on that. There are too many streets and alleys that have not been fixed in Hamtramck. Third priority for me is to discuss and decrease the water rates in Hamtramck, as we receive a lot of complaints about this issues from our residents. Fourth is to make sure that Hamtramck stays as a great model of diversity and to assure that our residents get along, love, help each other and live in a peaceful environment.

3. Hamtramck’s  Council is a body that is elected by their own community members to work for them to make sure they get better services.  Based on Hamtramck’s charter, the Council’s duties are to take care of the city’s budget and to make sure that our residents’ tax dollars are being turned into services in their daily basis. Business owner Nayeem Choudhury is one of two Bengali American candidates in this year’s elections.

1. My name is Nayeem L. Choudhury, owner of Walee Enterprise Inc. Before opening up my business, I was an IT technician at IBM.

I opened my business to assist residents who aren’t able to help themselves. I have long term experience handling immigration work for many countries, by mediating between government officials and the residents.

I also have knowledge in accounting, through which I service family residents, local business owners and self-entrepreneurs. Ever since my father came to America, he has always assisted and helped families who arrived to America without cost or fees but for the sole integrity to better their lives. For that reason, I have grown to follow in his footsteps and help as many people I can regardless of their color, race or financial hardships.

2. Some of the biggest challenges the city of Hamtramck is currently facing include but are not limited to economic development, public safety, budget management and inclusiveness in regards to diversity. As an immigrant who came to America with little to nothing, I understand the importance of a community working together to help one another seek a better life.

When elected as a civil servant, I will strive myself to ensure that these challenges are brought up at Council meetings and getting residents and other community leaders involved to create ideas and solutions that will provide sustenance to overcome these challenges. I have been a civil servant long before my decision to run for Council.

3. Council members are responsible for and responsive to the citizens who elected them. The City Council reviews and approves the annual budget, which is very imperative to every resident because they regulate how much programs and departments should receive.

Council members are individuals who represent the residents, pass local ordinances and establish tax rates, respond to constituent needs and complaints. Each Council member must honestly and equally respect the residents as a whole rather than a specific demographic to ensure that the long term goal is for the city’s future planning and protecting. Carrie Beth Lasley, a substantial winner during the primaries, has run her platform on honesty and openness in city politics. She recently took to Facebook to chide some other candidates for being absent during Wednesday’s Yemeni American Political Action Committee Candidate Forum.

1. Currently I am a regular attendee at Council, Zoning Board of Appeals commissioner and am the operations director at the Wayne County Land Bank, a quasi-governmental organization. I get to work with other communities and organizations in my day job.

My PhD is in urban studies, concentrating on catastrophe and recovery in cities. I have worked in and studied policy since 2003. My master’s is in urban planning and I also have degrees in geography and journalism.

I am originally from Louisville, Kentucky, but moved here in 2013 for a job. I changed career paths to stay and bought a house because I found the place I want to live in.

2. The biggest challenge we face is fiscal responsibility. We are bringing in more money and spending it much faster with little to show in improvements. We have de-professionalized our staff in areas we need to invest in to successfully know about and compete for needed grants.

I can help us face this challenge because I will read contracts, ask hard questions, seek resources and proactively build partnerships to guide us away from the looming challenges, many of which stem from state and federal policy out of our immediate control.

3. City Council sets the standards and policies for how your tax money is spent and the quality of services you receive and the opportunities available to you. At its best it advocates effectively for you beyond your boundaries and builds partnerships that bring resources from outside into the community. I want us to be that Council. 1. Thank you for this opportunity to explain my request to be rehired to the Hamtramck City Council. I have held a number of positions with the city, including eight years as city clerk and six years as councilman. I have maintained a constant updates of city affairs, especially its financial status.
2. The city has significant legacy cost with its retirees resulting in 5 million out of a $15 million budget. The city has lacked an economic development program in the past years and has failed to promote or retain business.
Under our current city charter, of which I am a coauthor, a Council person can initiate resolutions with support from Council to establish policy, structural changes and fiscal restraints.
3. Most importantly the Council must lead in promoting an extremely successful 2020 Census resulting in additional revenues. Last, but most definitely not least, is Mohammed Alsomiri, August’s biggest vote getter with 727 votes. If the previous election was any indication, Alsomiri is slated to be Hamtramck’s Yemeni community’s favorite pick.
Disclaimer: These answers were heavily paraphrased from a conversation with Alsomiri, with his consent.
1. I came to Hamtramck 19 years ago as an immigrant from Yemen. I have expertise in the business world and have rehabbed several properties in Hamtramck. I have a large commercial real estate project in the works on Joseph Campau and know the real estate market quite well.
2. The city needs to pay particular attention to its residents’ constant complaints about inexorably high water bills and taxes. I hear from residents who have seen their water bills increase without explanation over the last few years. If elected, I would work with my fellow Council members to come up with innovative solutions to the city’s water bill problems. This could mean researching the source of the city’s water and exploring new bids and contracts.
Hamtramck needs new business and more economic growth and development. This can mean increased employment and income for its residents. Stable income would make incremental tax increases a possibility. I want to work with the Council to find new revenue streams for the city in lieu of revenue from taxes, until we bring our residents’ incomes and property values back up.
3. City councils are thoroughly important to a city. The Council checks what comes in and goes out of budgets, overlooks all city services, its contracts and bids. It is a major driver of economic growth and can help attract new business to a city, revitalizing a stagnant economy. This is how a city’s council can improve living conditions for its residents.
Update: According to YAPAC representatives, Alsomiri called on Saturday to apologize for his absence from Wednesday’s candidate forum.