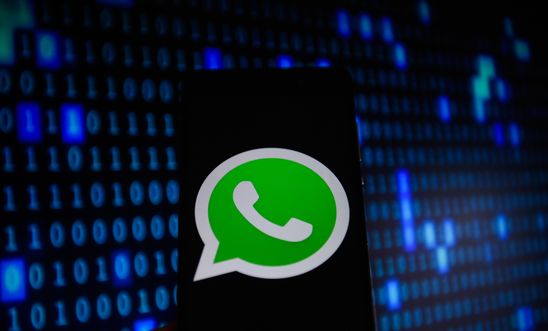 Facebook-owned WhatsApp, which is also a plaintiff in the lawsuit, said in a statement that it believed the attack “targeted at least 100 members of civil society, which is an unmistakable pattern of abuse.”

Facebook is seeking to have NSO barred from accessing or attempting to access WhatsApp and Facebook’s services and is seeking unspecified damages.

NSO’s alleged use of a flaw in WhatsApp to hijack phones caused international consternation when it was made public in May of this year. NSO at the time said in a statement that it would investigate any “credible allegations of misuse” of its technology. It did not comment on the specific alleged attacks.

WhatsApp said the attack exploited its video calling system in order to send malware to the mobile devices of a number of users. It said it believed 1,400 users were targeted. The malware would then allow NSO’s clients – said to be governments and intelligence organizations – to secretly spy on a phone’s owner, opening their digital lives up to official scrutiny.

WhatsApp is used by some 1.5 billion people monthly and has often touted a high level of security, including end-to-end encrypted messages that cannot be deciphered by WhatsApp or other third parties.

“This is the first time that an encrypted messaging provider is taking legal action against a private entity that has carried out this type of attack against its users,” WhatsApp said in its statement.

NSO’s phone hacking software has already been implicated in a series of human rights abuses across Latin America and the Middle East, including a sprawling espionage scandal in Panama and an attempt to spy on an employee of the London-based rights group Amnesty International.

NSO came under particularly harsh scrutiny over the allegation that its spyware played a role in the death of Washington Post journalist Jamal Khashoggi, who was murdered and dismembered at the Saudi Consulate in Istanbul a little over a year ago.

Khashoggi’s friend Omar Abdulaziz is one of seven activists and journalists who have taken the spyware firm to court in Israel and Cyprus over allegations that their phones were compromised using NSO technology. Amnesty has also filed a lawsuit, demanding that the Israeli Ministry of Defense revoke NSO’s export license to “stop it profiting from state-sponsored repression.”

NSO has long argued that its software is used to fight terrorism and has tried to clean up its image after it was bought by London-based private equity firm Novalpina Capital earlier this year. In August, NSO co-founder Shalev Hulio appeared on “60 Minutes” and boasted his spyware had saved “tens of thousands of people.” He provided no details.

NSO has also brought on a series of high-profile advisers, including former Pennsylvania Governor Tom Ridge and Juliette Kayyem, a senior lecturer in international security at Harvard University. Last month, NSO announced it would begin abiding by U.N. guidelines on human rights abuses.