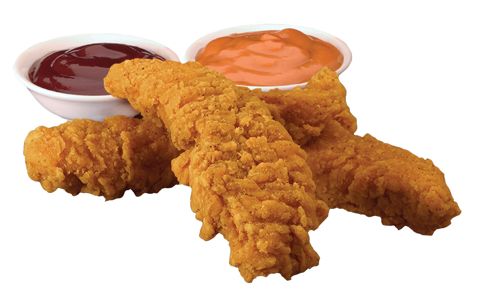 Halal chicken tenders are among the menu options being served.

DEARBORN — The Dearborn Public Schools District boasts more than 20,000 students attending classes in more than 30 different buildings, and a large number of them come from Muslim American backgrounds.

Now, these students will be able to eat what DPS Superintendent Dr. Glenn Maleyko calls a “fresher, higher quality and more cost effective meat”, halal meals to be specific, as part of the school system’s latest menu change.

The decision to serve only halal meat isn’t about religion, Maleyko said. The new menu changes came about after requests from a student advisory board led to the decision being implemented this year.

Halal food cannot by definition contain any pork or pork byproducts, and can never contain any alcoholic ingredients. Animals also must be slaughtered according to Islamic tradition so as to prevent unnecessary suffering.

According to Rasheed Ahmed, founder and president of the Muslim Consumer Group, which certifies halal foods, how the animal is raised is also taken into account. Animals must be fed vegetarian diets, which means that many chickens and cows raised on U.S. farms don’t qualify, since they may be fed animal byproducts. Halal animals also can’t be treated with antibiotics or growth hormones, since the hormones may contain pork-based ingredients, Ahmed said.

Vegetarian choices are also available, including vegetable and cheese pizzas, garden veggie panini melts and many others. Parents and students can also learn nutrition information about each food choice and can also rate each food from one to five stars on the DPS website as well, including the items containing halal meat.