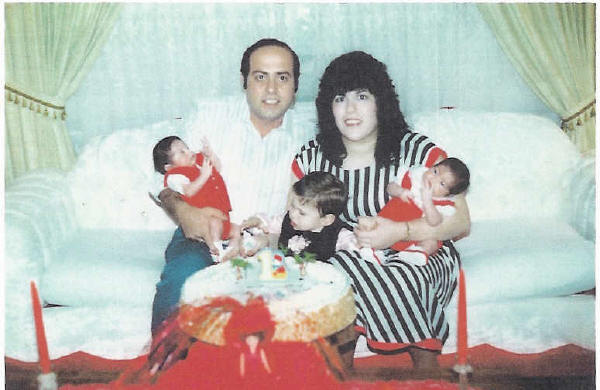 WASHINGTON, D.C. — U.S. Rep. Debbie Dingell (D-Dearborn) introduced the Rehab and Ahmed Amer Foster Care Improvement Act of 2019 on Wednesday, legislation that requires state foster care programs to ensure children are prioritized for placement with their relatives and puts additional requirements in place for a fairer decision-making process when an agency places a child, a press release from Dingell’s office said.

“When a child in foster care is matched with a family, the well-being and safety of the child must be the top priority,” Dingell said.

“Whenever possible, we must keep families together and ensure children are placed into a safe and nurturing environment with relatives who they know and love. Michigan has the laws on the books now that makes this possible only after Amer family lost their children to the state’s foster care system, leaving the family divided and heartbroken. It’s time for the federal government to follow Michigan’s example so future children or families don’t have to go through this kind of pain.”

The act would require that a state provide notice of a decision to the child’s parents, relatives or other legal guardian within 90 days of a placement decision.

In addition, the legislation would require states to establish procedures that would allow any of the parties who receive notice of the placement decision to request, within five days after receipt of the notice, documentation for the reasons for the state’s decision.

It would also allow the child’s attorney to petition the court to review the decision and require that the court commence a review within seven days after receipt of the petition.

“I can’t thank Congresswoman Debbie Dingell enough for her compassionate heart when it comes to children and families,” Rehab Amer told The Arab American News. “The AMER National bill is the voice of hope, love and justice to the voiceless where it ensures their God given rights to their identities while protecting their innocence as it’s the fundamentally humanely thing for all.”

The act was designed to address an issue faced by the Amer family of Dearborn in 1985, when Rehab and Ahmed lost two of their children to Michigan’s foster care system after the accidental death of their son. Although cleared of any wrongdoing, the state refused to return the Amers’ children to their custody or allow a relative to care for the children. When Rehab’s brother petitioned to be a foster parent to the Amers’ children he was denied even though he had previously served as a foster parent for other children. Since then the Amer family has advocated tirelessly for improving foster care policies for all children.