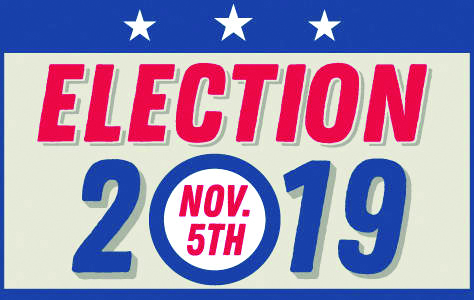 DEARBORN — Several municipalities in Michigan will hold elections on Tuesday, November 5, with key positions up for grabs in many of the state’s and Wayne County’s most populous cities.

New to this year’s election is a state law that allows voters to register to vote on the day of the election, although the state encourages voters to get registered ahead of time.

Michigan voters are now free to snap so-called “ballot selfies” in the voter’s booth this year as the result of a settlement negotiated by Michigan Secretary of State Jocelyn Benson this spring.

While this year’s election won’t feature the fireworks expected for 2020’s presidential election, it still includes many key issues that will shape the lives of residents across the Metro Detroit area and the Arab American community.

In Dearborn, a $240 million bond proposal for Dearborn Public Schools has been the subject of intense campaigning and will be up for a vote on Tuesday.

Dubbed the Buildings, Renovations, Infrastructure, Capacity and Safety or BRICS proposal, the measure has been endorsed by the Arab American Political Action Committee (AAPAC). The money would mostly be used for infrastructure improvements in Dearborn Schools. Proponents point out that taxes will be the same if the measure passes, while opponents mostly favor constructing new buildings in the District, which they say would be more cost effective. In Inkster, Mayor Byron Nolen will face off against challenger Patrick Wimberly. Nolen has been endorsed by AAPAC.

George V. Williams and Aaron Sims will face off for the District I seat. Sims is endorsed by AAPAC.

La’Gina Washington, who is also endorsed by AAPAC, and Charmaine Kennedy will compete for the District II seat. In Warren, controversial incumbent Mayor Jim Fouts, who was recently accused of creating a “racially hostile” work environment in a recently filed lawsuit by his former city and police commissioner Gregory Murray, will face a challenge from his one-time aide and current Councilwoman Kelly Colegio.

In Sterling Heights, Mayor Michael Taylor is running unopposed for his seat, while nine candidates will compete for six two-year terms on the City Council.

Polls open on November 5 at 7 a.m. and close at 8 p.m. Polling locations and information on how to register can be found on the Michigan Secretary of State’s website at https://www.michigan.gov/sos/. The site also provides sample ballots.