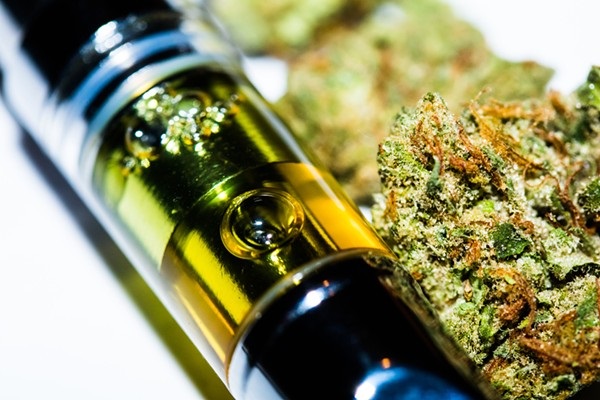 The chemical could be banned in marijuana-containing vapes, among others. Photo via MetroTimes.com

The chemical has been linked to recent health issues across the country by the Food and Drug Administration.

“As findings on the vaping health epidemic continue to emerge, we know our state can address a critical issue by banning products with vitamin E acetate, which studies have linked to major health effects,” Hammoud said. “While the merits of vaping continue to be debated, banning this chemical is essential and urgent while we fight to solve this issue.”

Liberati  introduced House Bill 5160 to revise the Michigan Regulation and Taxation of Marijuana Act to prohibit the processing and sale of marijuana containing the chemical.

“Protecting public health is critically important, and these bills take a proactive approach,” Liberati said. “The chemical banned in this legislation is not integral to vaping products and there is simply no reason why we should continue to allow it to endanger the health of our residents.”

“Smokeless tobacco products have become a large part of people looking to quit smoking,” Bellino said. “This is a smart step that addresses concerns around public health and ensures these products are safe.”

Michigan reported its first death from vaping-related lung injury in early October, bringing the total number of reported injuries to 30 people in the state since the end of August this year.

House Bills 5159-5160 were referred to the House Regulatory Reform Committee for further consideration.